The beauty of Japanese art

Japanese art is brimming with innovation and creativity!

Japanese art is one of the greatest treasures in the world. We are happy to introduce you to the most inspiring aspects of Japanese art. Learn about the nature that has always been central to the Japanese way of life, and how the Edo era produced exquisite paintings of beautiful women.

Japanese art is brimming with innovation and creativity. Let yourself be carried away by the aspects that make Japanese art so special and shop the beautiful Asia collection! 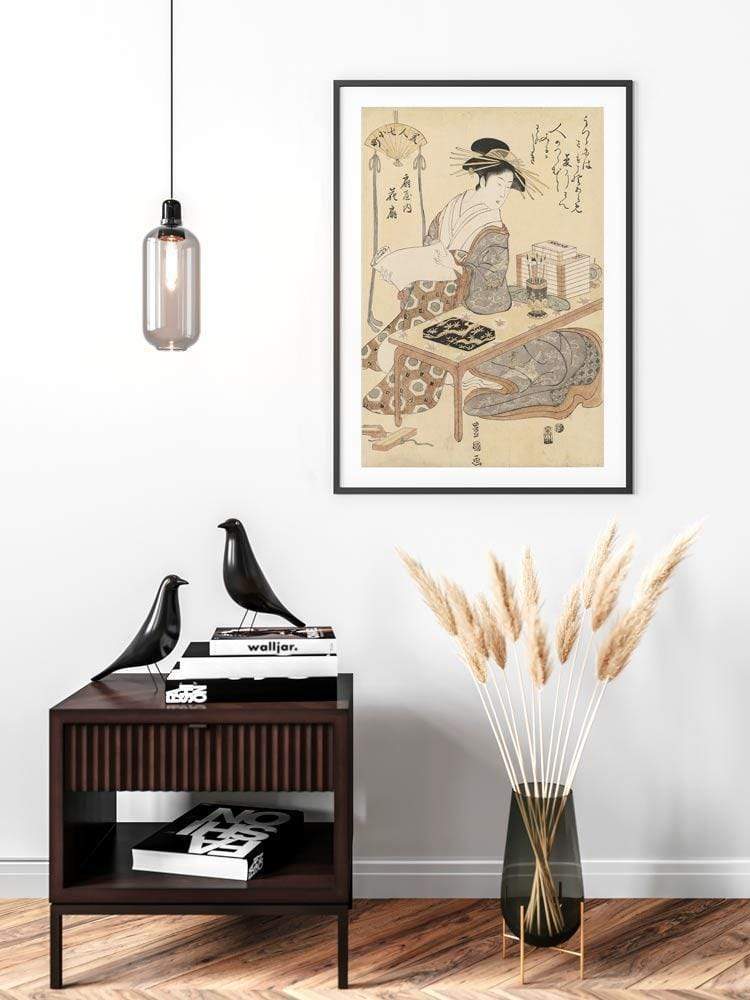 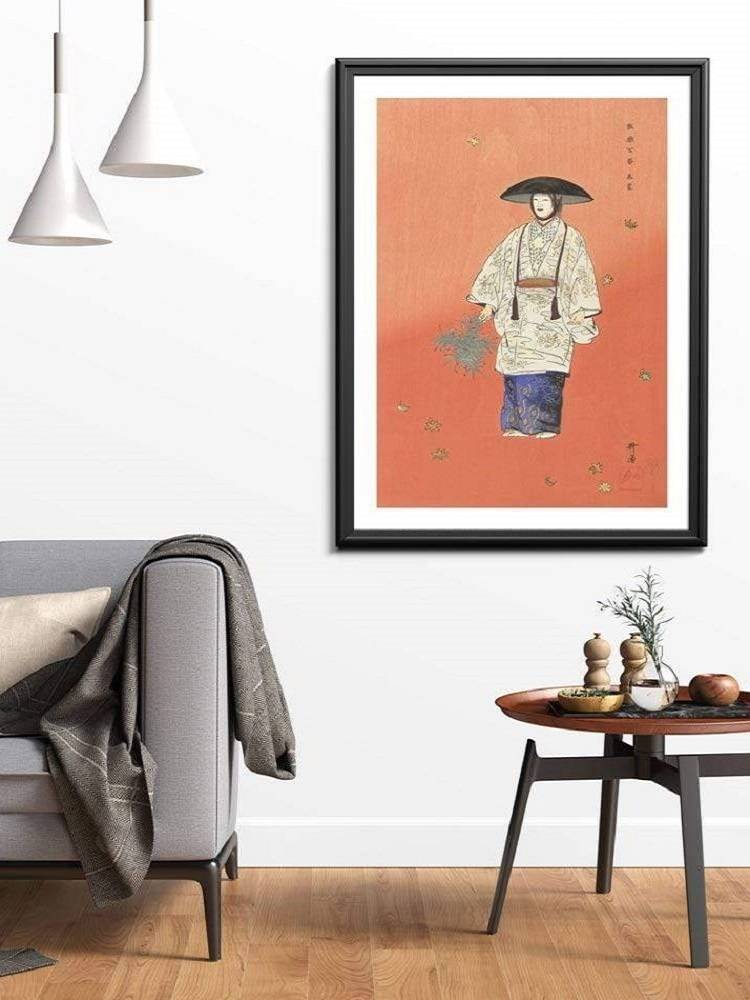 The Great Gulf of Kanagawa

Everyone recognizes this print: the Great Wave off Kanagawa. It is undoubtedly one of the most famous Japanese works of art. The theme of the artwork is the power of nature, with the imposing Mount Fuji in the background. The wild, beautiful Great Wave off Kanagawa comes in a variety of sizes and materials.
Nature, especially the mountains, has been an important recurring aspect of Japanese art since the beginning. How did this actually come about? Before Buddhism was introduced from China, 'Shinto' was the belief of the Japanese people. The core of this belief is reverence for the Gods. It is believed that these Gods reside in natural elements such as trees, rivers, rocks and mountains. Nature in Japanese art can actually be seen as a portrait of the sacred world and the Gods who live in it! 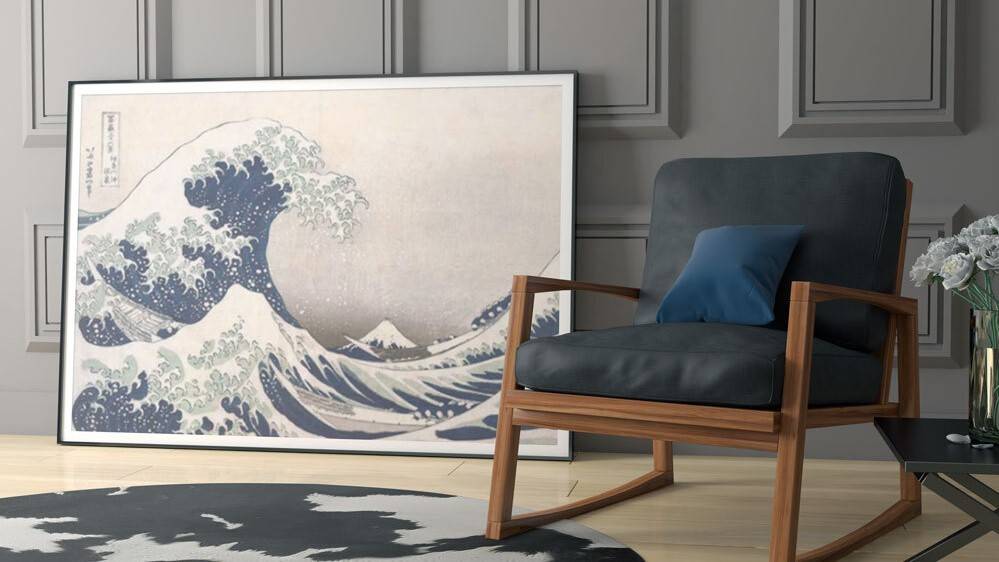 The Art of the Samurai

Samurai lived their lives according to a carefully established code of ethics known as bushido (the way of the warrior). In addition to being expected to be powerful and deadly, Samurai were also required to be civilized and educated. They served the wealthy nobility who valued artistic skills, leading samurai warriors to strive to develop skills in the arts.

Thus, samurai used their wealth and status to become poets, artists, philosophers or writers. Women could also belong to the samurai class! They served primarily as wives of warriors, but could also train and fight as warriors.
If you're looking for a warrior print, the Arrow Warrior maybe something for you. The print shows the Warrior of the Kusunoki clan.
The beauty of Ukiyo-e printsDuring the Edo period (1615-1868) Japan and Japanese art flourished. Ukiyo-e woodcuts in particular reached a peak in popularity. Ukiyo-e literally means 'the floating world'. These works of art emphasized urban lifestyle, fashion sensitivity and beauty.
During this time, printing techniques became very advanced. You had the publisher who ran the business, the blockcutter, the printer, and the artist. In the 1970s, ukiyo-e arts were made in a variety of vibrant colors using materials such as washi paper.
The women in these artworks are often depicted with elaborate hairstyles, heavy make-up and decorative clothing and were seen as the 'ideal woman'. Emotion, beauty and character of the portrayed ladies are expressed in the many Japanese works of art.
How about, for example, the snow walk print? Here the actor Sawamura Tanosuke in the role of courtesan is beautifully portrayed, under an umbrella in the snow. Also the koto print is a beautiful wall decoration for your home. On this print you see a Geisha, in purple kimono with a butterfly and crane motif, playing the Koto under pink blossom branches. 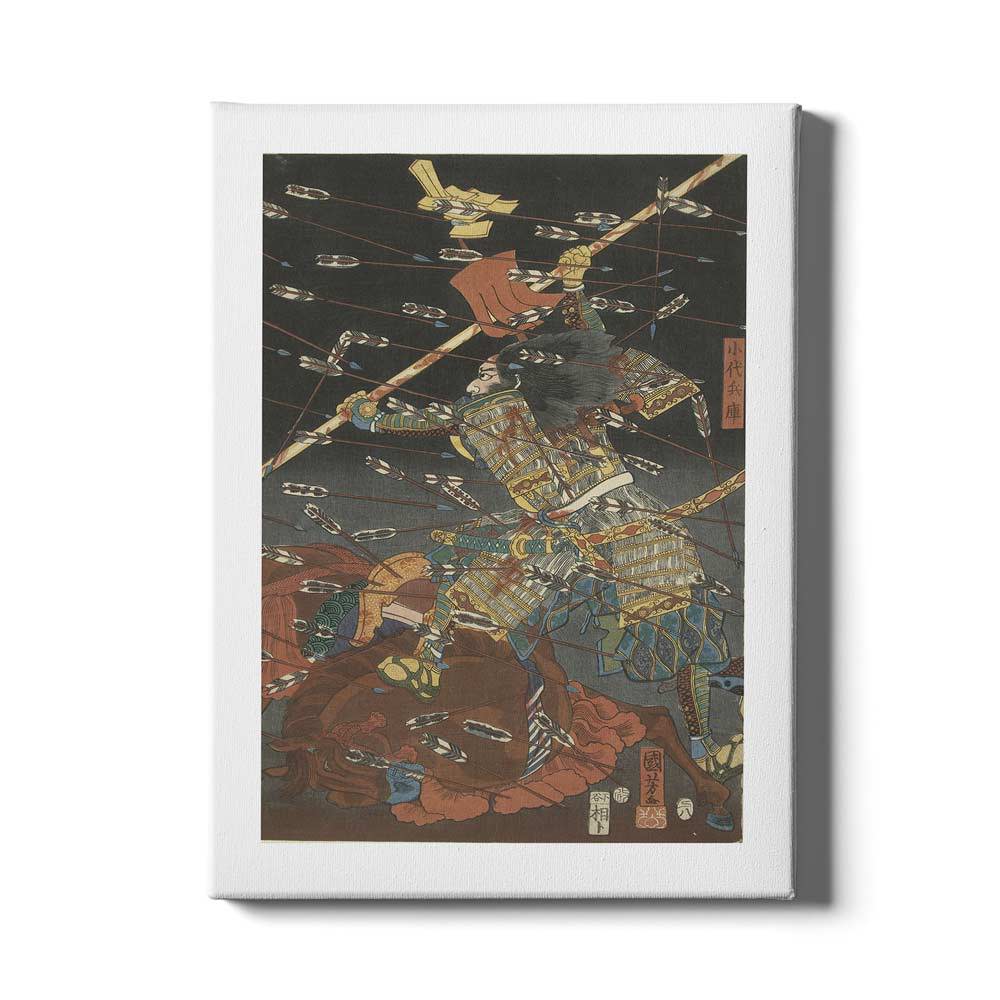 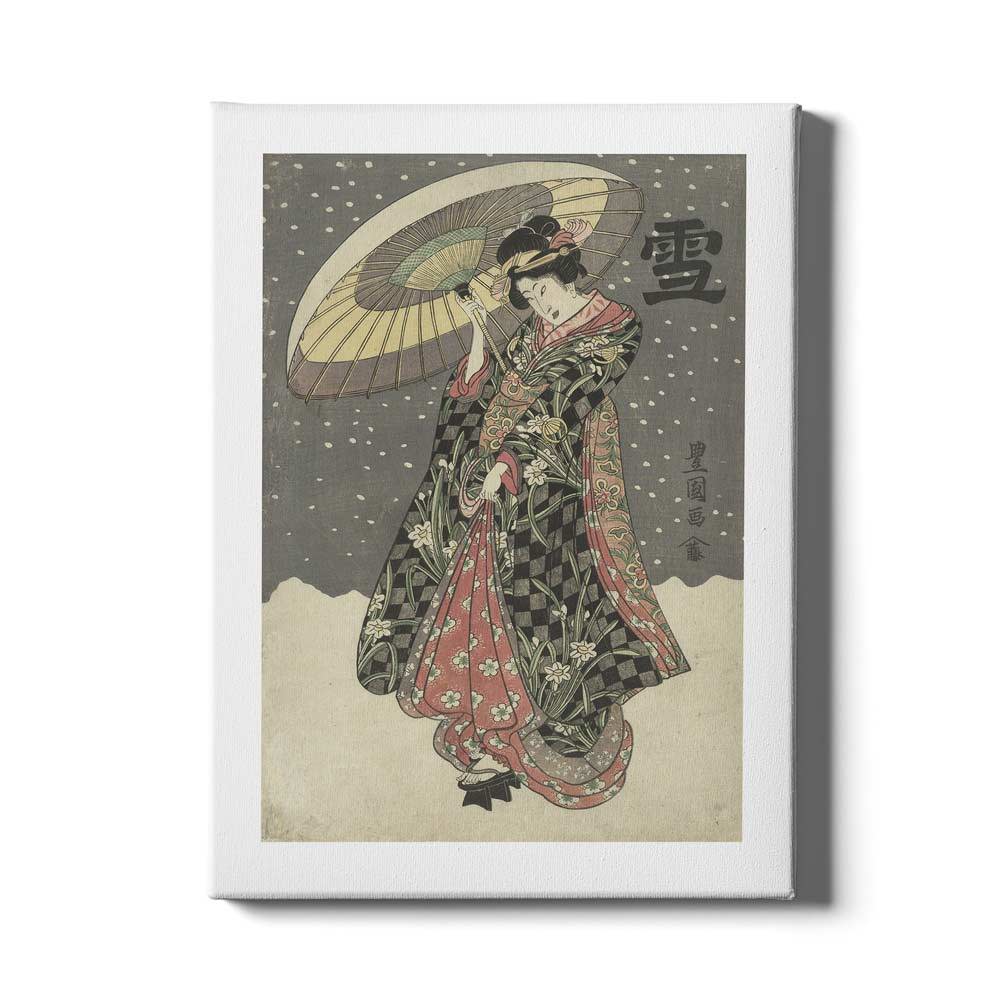 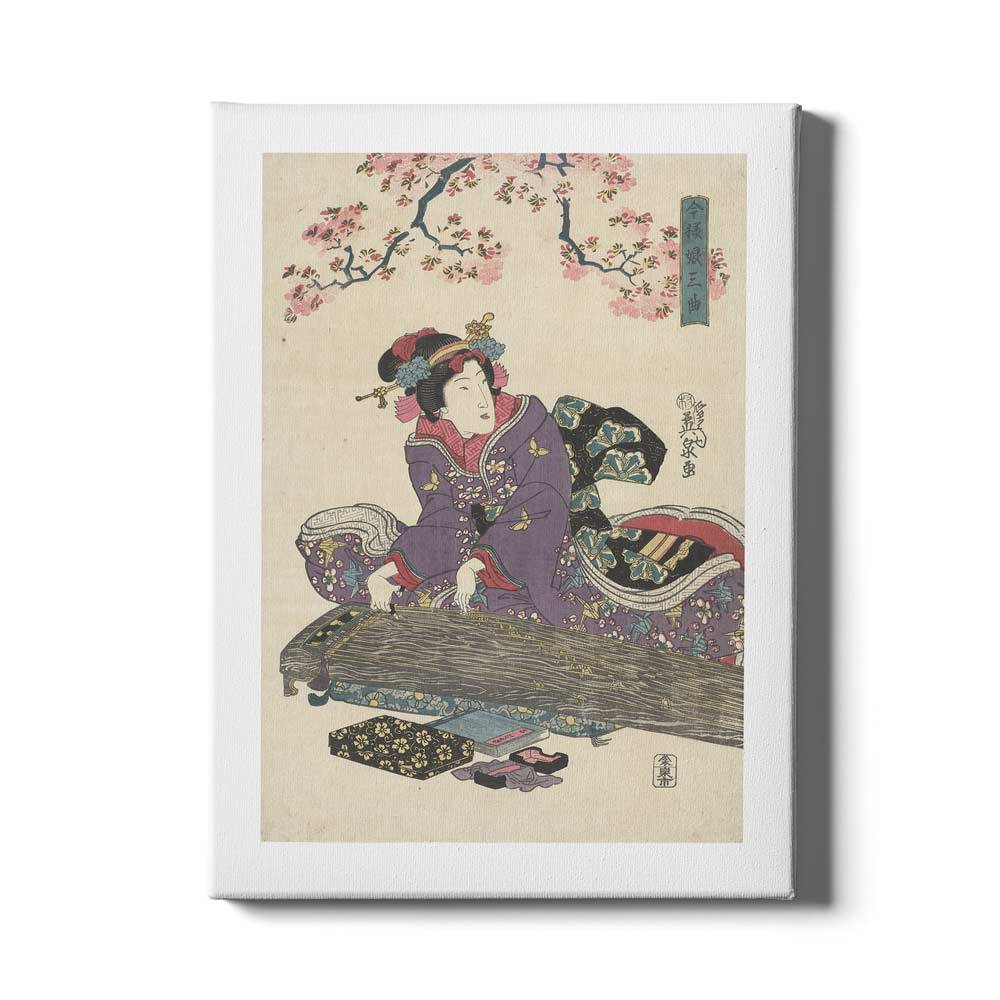 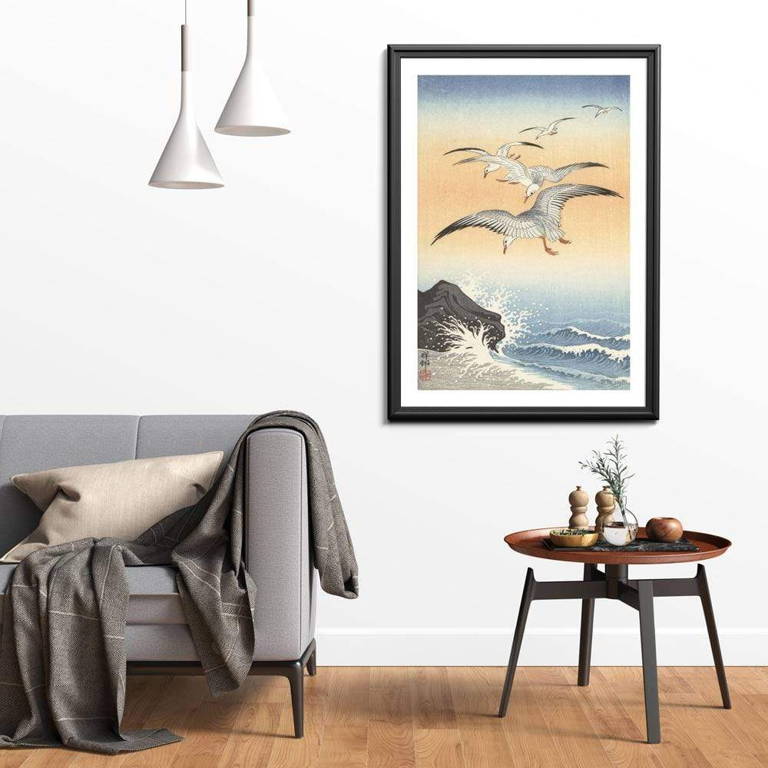 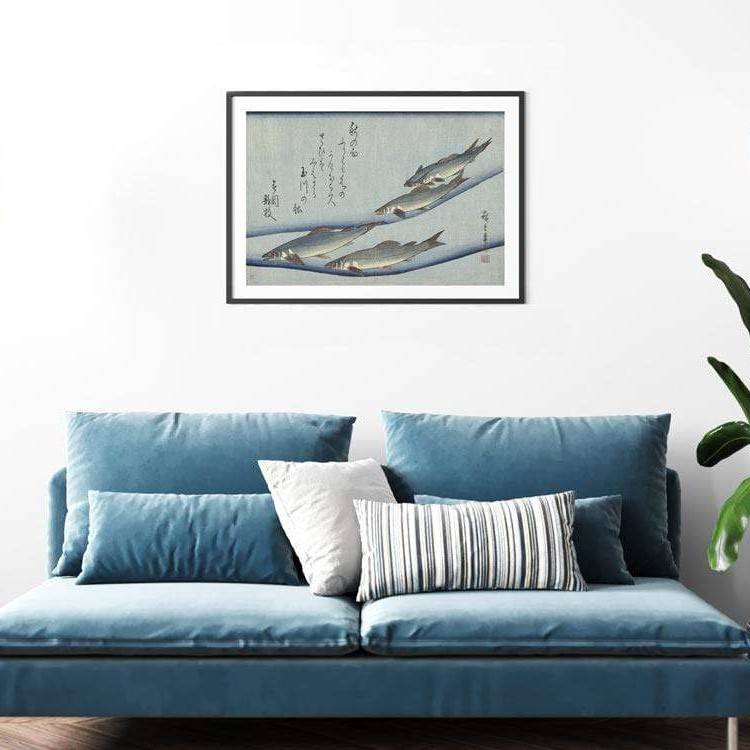 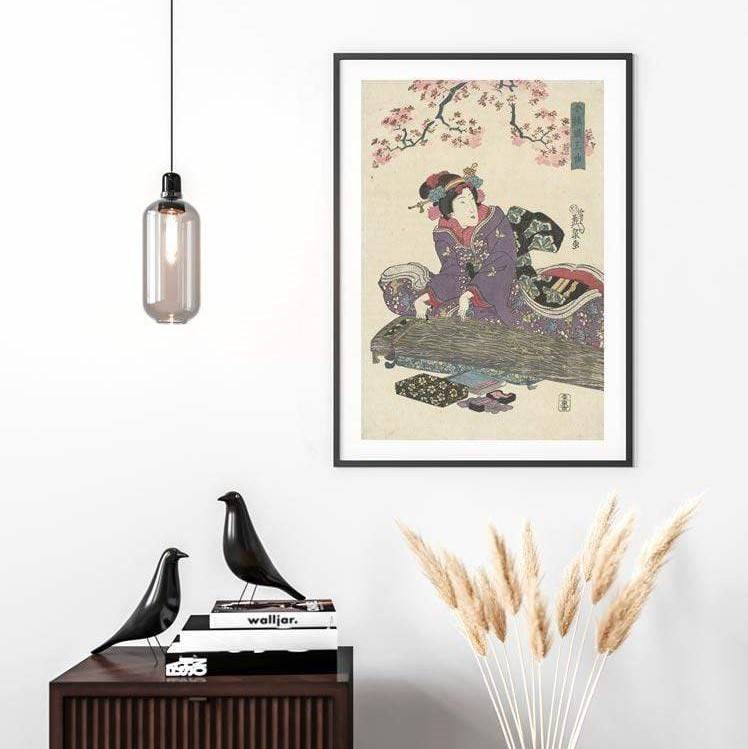 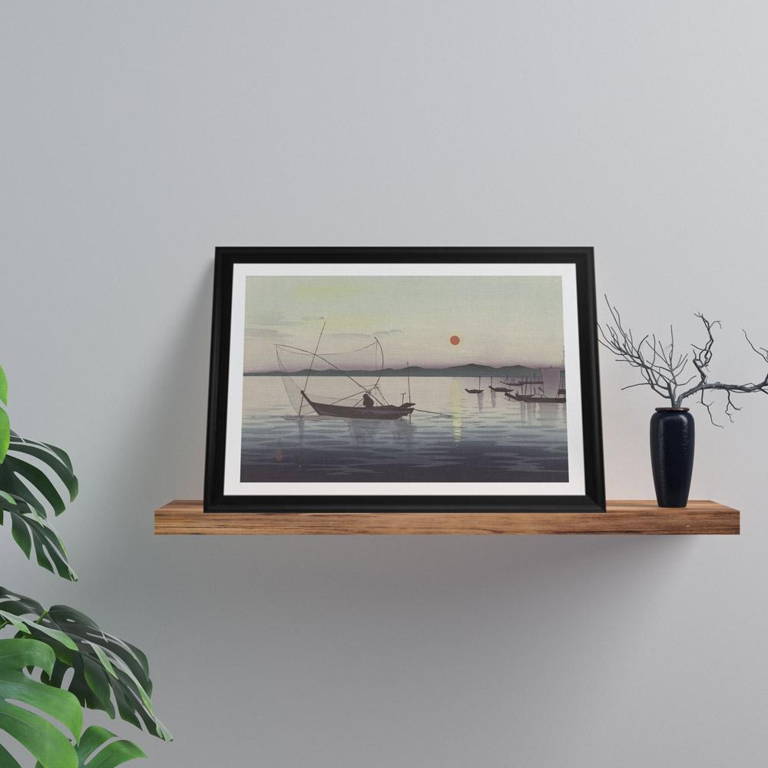