Get the coolest Rotterdam posters now!

Are you a proud Rotterdammer? Then get our wall decoration at home!

Are we from Rotterdam? Can't you hear that?! If they can't hear it, show it with the coolest Rotterdam posters. We have football posters, vintage cities and city maps in our collection. Read on quick! 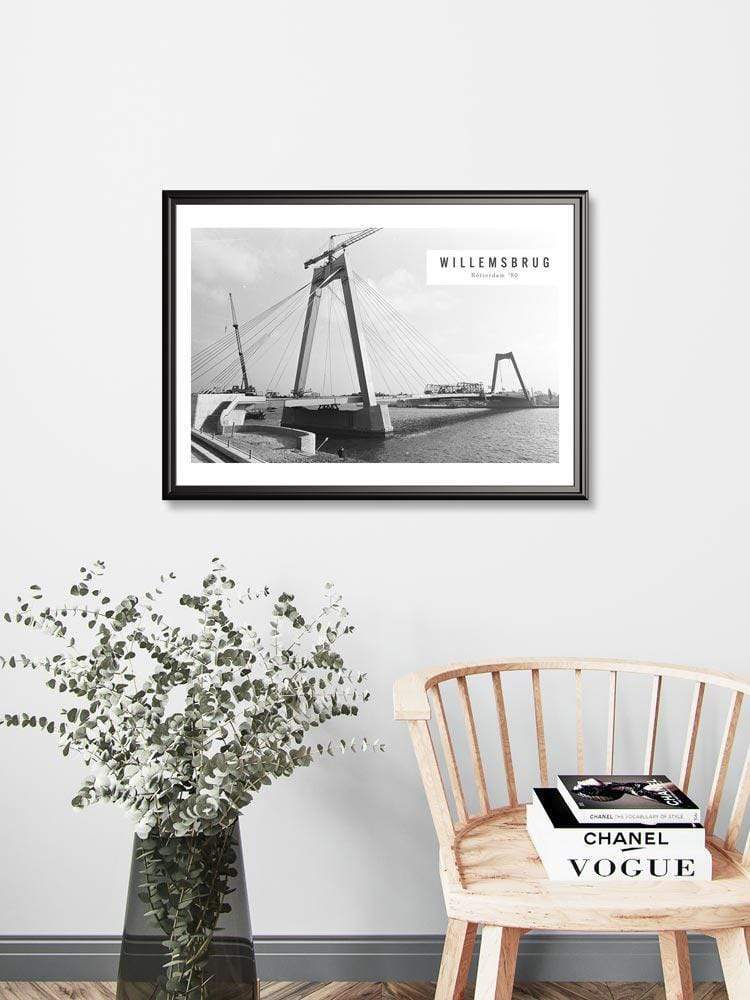 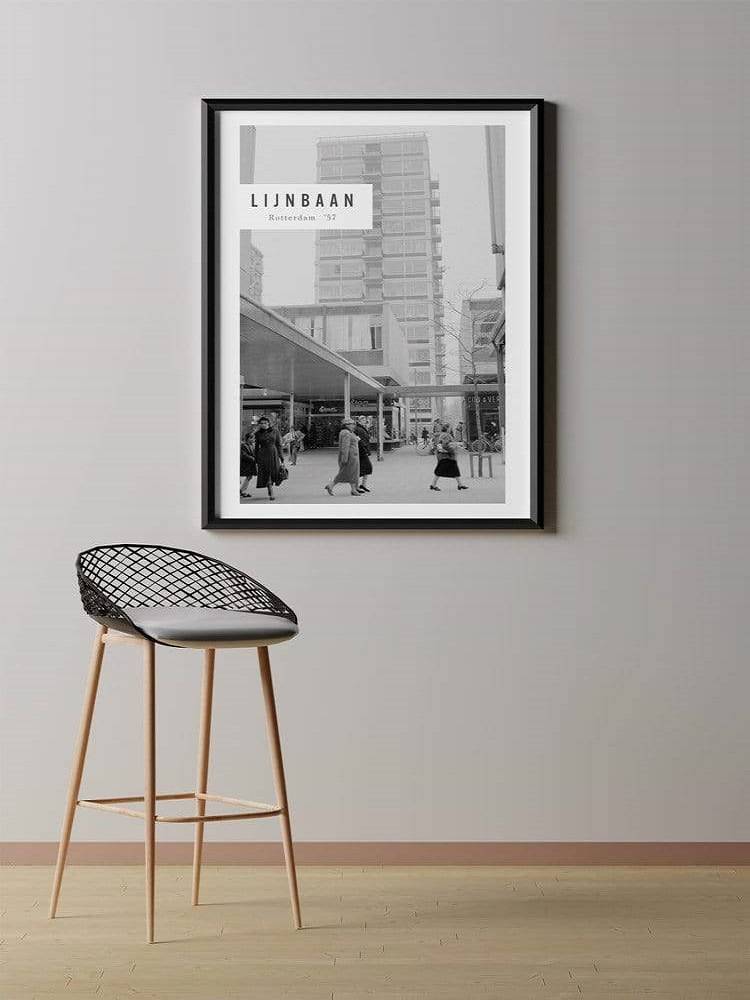 Are you a proud Rotterdammert and would you like to show this through wall decoration? Then get the prints from Walljar now! In the Rotterdam collection we have made a diverse collection of prints for you. Our collection is full of photos of the most beautiful buildings, bridges, city maps and monuments.
In addition, we also have football posters from Feyenoord, Sparta Rotterdam and of course SBV Excelsior. Do you want these beautiful Rotterdam posters on your wall? Then quickly go to our webshop and find your favorite print on plexiglass, canvas or poster! 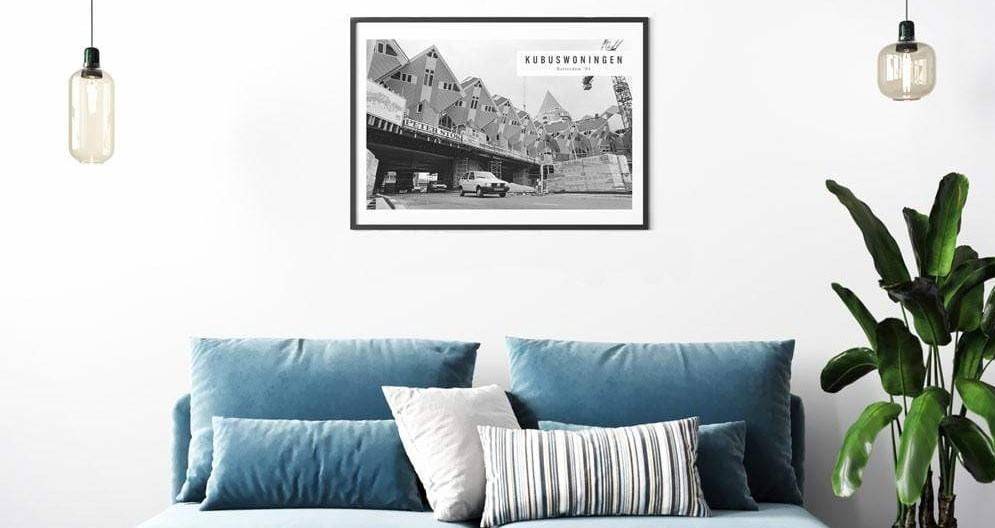 The port city of Rotterdam
The port of Rotterdam is the largest in Europe and one of the largest in the world. More than 470 million tons of goods pass through this port every year. More than 670 million euros is handled in the port every year, which means it has great value for the city and the entire country.
Rotterdam was bombed on 14 May 1940. This bombardment lasted only 15 minutes but wiped out the entire downtown area. After the war, the reconstruction of Rotterdam started and the city has changed over the decades into a diverse city with modern architecture. This evolution of Rotterdam can be found in our collection of Rotterdam posters. Go quickly to our webshop and get these real Rotterdam posters at home now!
View all prints

In our cities collection you will find modern posters of Rotterdam. All the landmarks you see when you walk through Rotterdam can be found in the collection. If you are a real Feyenoord fan, there is of course a print of De Kuip in our Rotterdam collection. In addition, there are also plenty of other landmarks that are synonymous with Rotterdam, such as the Erasmus Bridge, the Euromast and Rotterdam Central.

Erasmus BridgeEveryone who has ever been to Rotterdam has seen 'the swan'. This is the nickname of the most famous bridge in Rotterdam: the Erasmus Bridge. This bridge connects the Kop van Zuid with the center of Rotterdam. The swan is named after the humanist and philosopher Desiderius Erasmus. The Erasmus Bridge is a 284 meter long cable-stayed bridge with a 139 meter high pylon. This figurehead of Rotterdam is something every Rotterdam fan should have on his or her wall. View the print here .

EuromastThis 185 meter high bulwark is one of the highest towers in the Netherlands and a real eye-catcher in Rotterdam. From this tower you have a beautiful view over the whole of Rotterdam. The Euromast has a lot more to offer than just a fantastic view. For the thrill seekers among us, the Euromast offers the highest abseil attraction in the Netherlands where you can let yourself go. You can also stay at the Euromast in a luxury suite with a spectacular view over the city. View the print of the Euromast here .

Take a quick look at our collection of Rotterdam posters and choose your favourite! 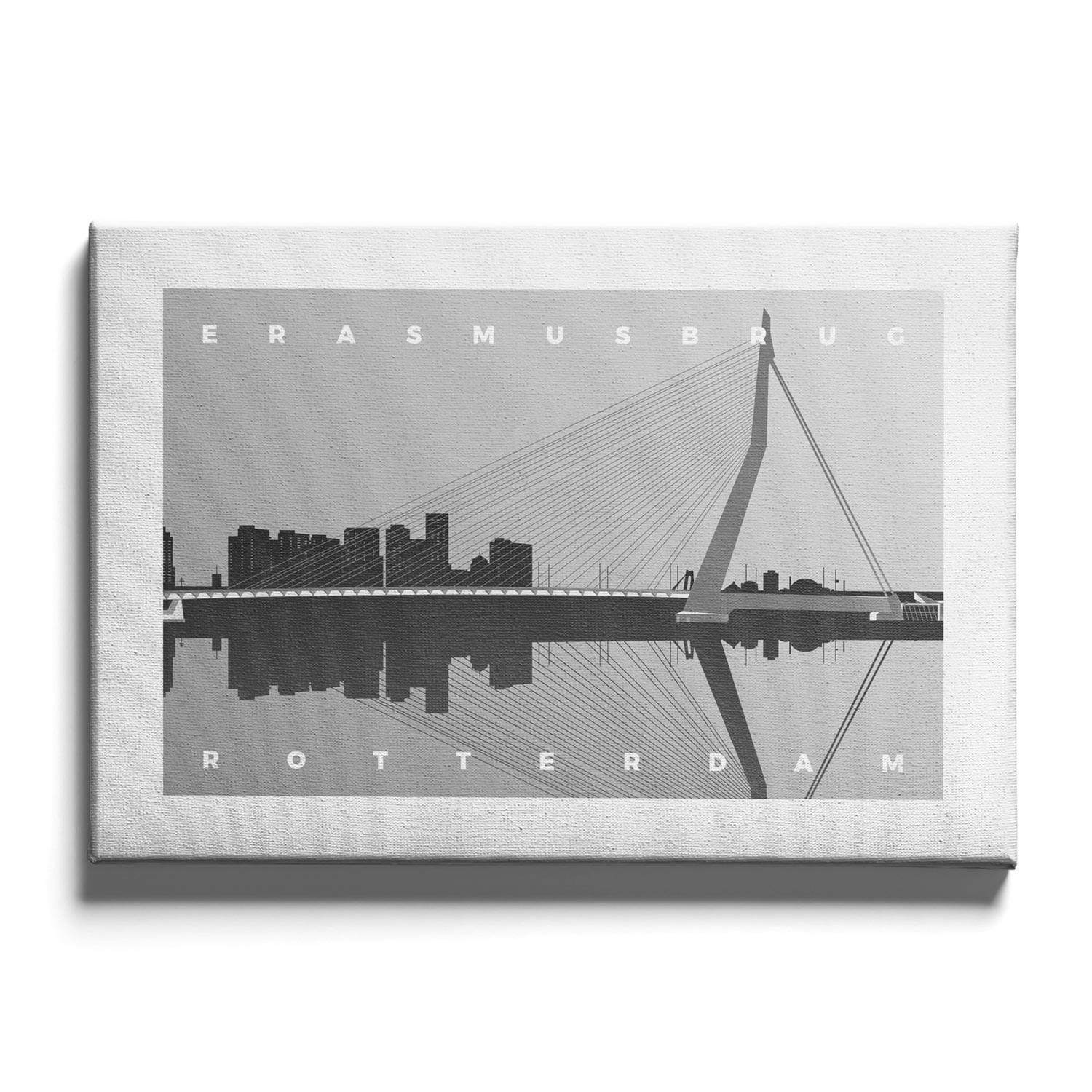 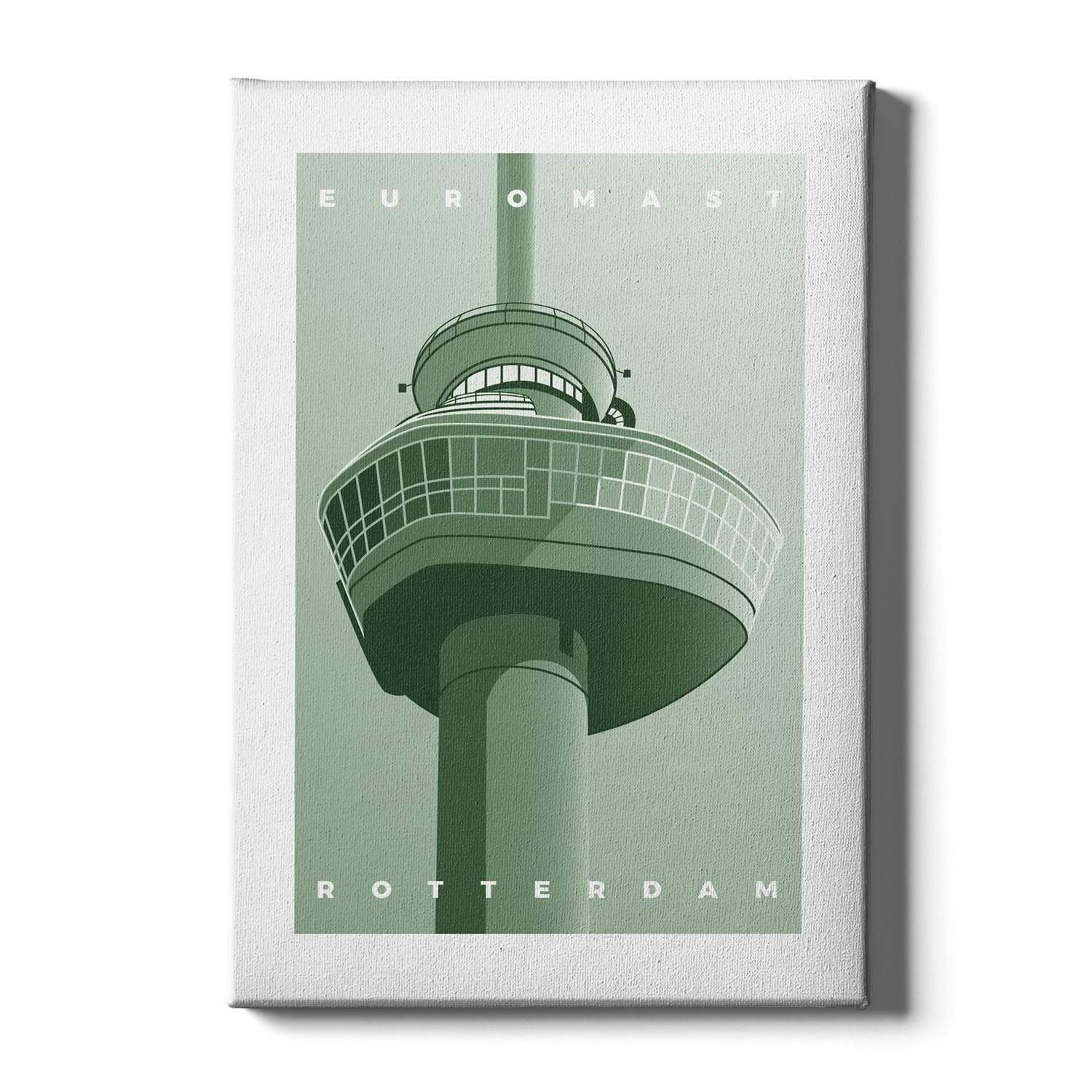 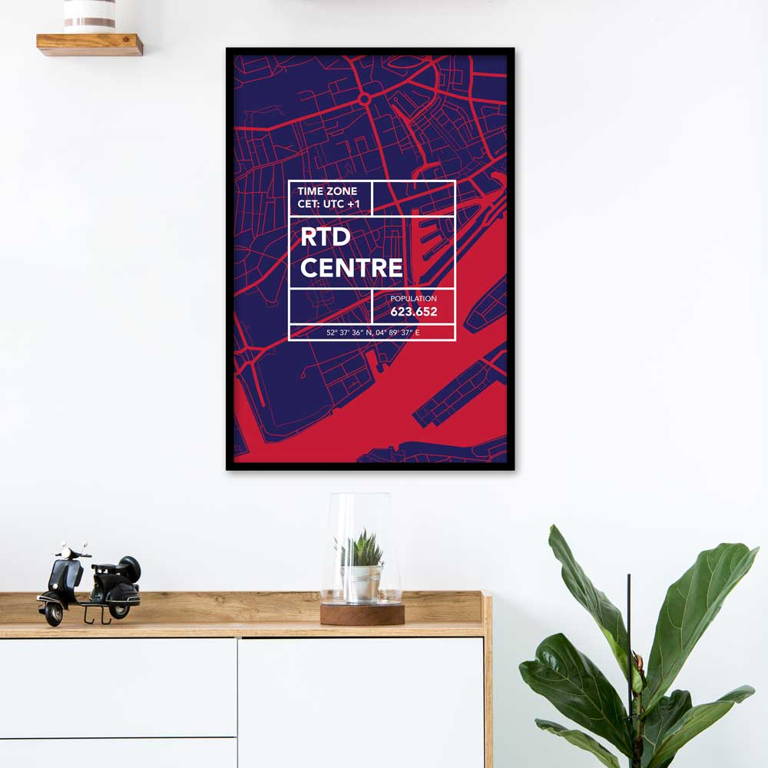 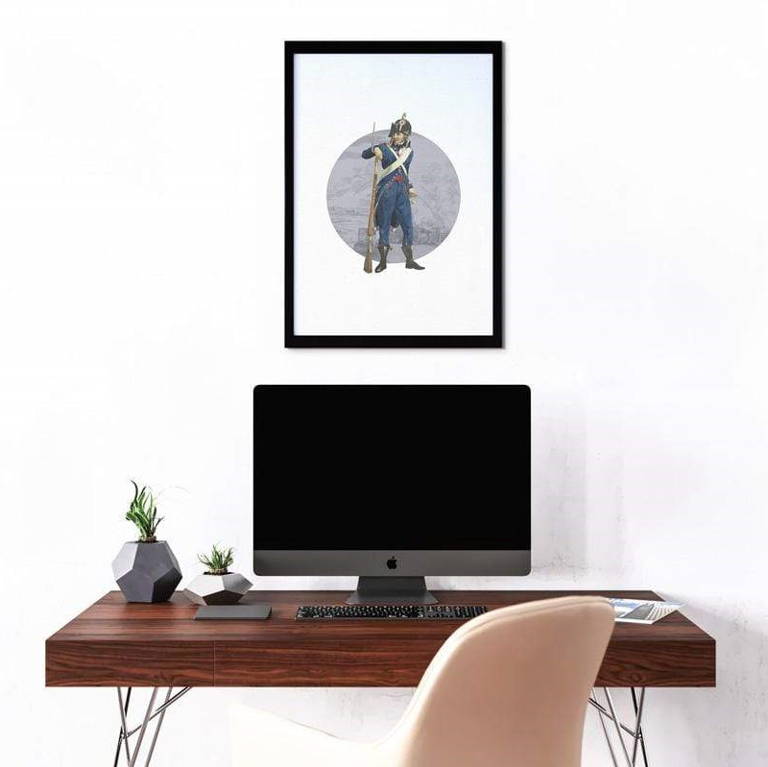 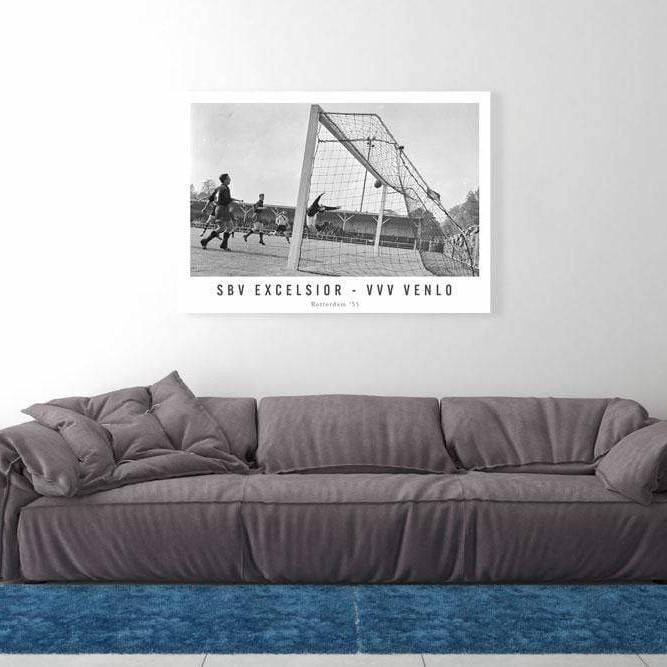 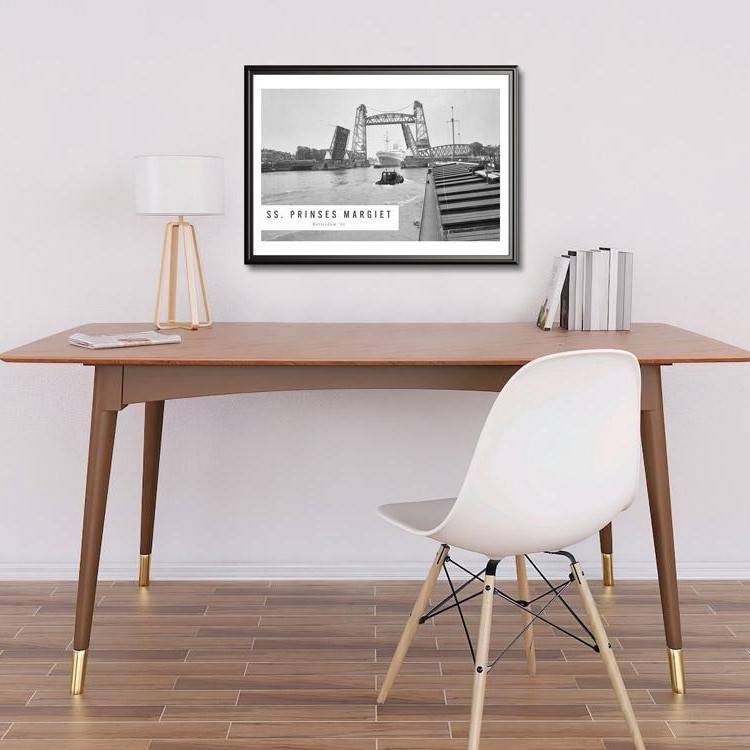