Find your favorite painting from the Eindhoven collection!

Are you proud of Eindhoven or do you think this is a beautiful city? Then show that you are a real Eindhovener!

Buy your favorite Eindhoven poster now in the form of a poster, canvas or plexiglass painting! See also our other cities in our cities collection! 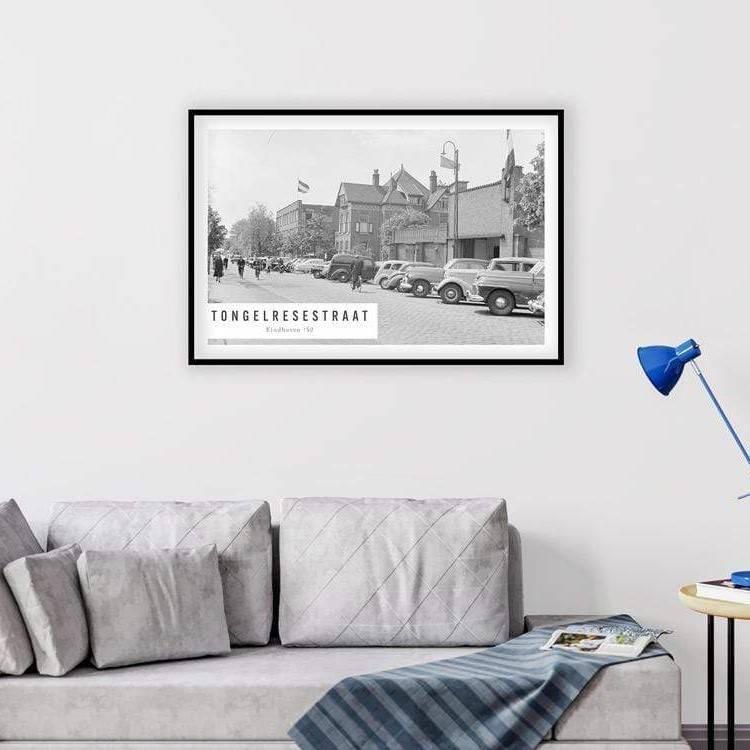 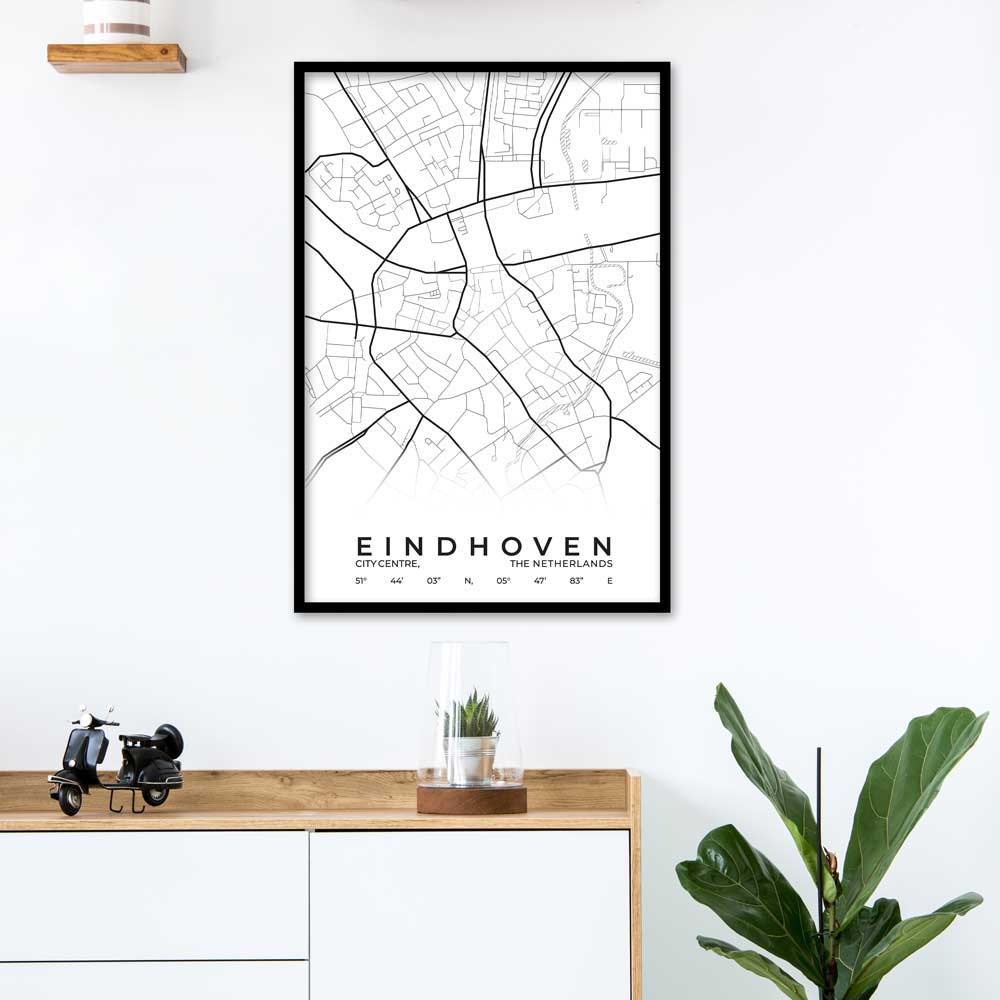 Walljar has put the stadium, station, Evoluon and many other buildings of Eindhoven on its wall decorations especially for you. This way you can always enjoy this beautiful city at home or at the office. In addition, you can show your friends, acquaintances and colleagues that you think Eindhoven is the most beautiful city in the Netherlands! 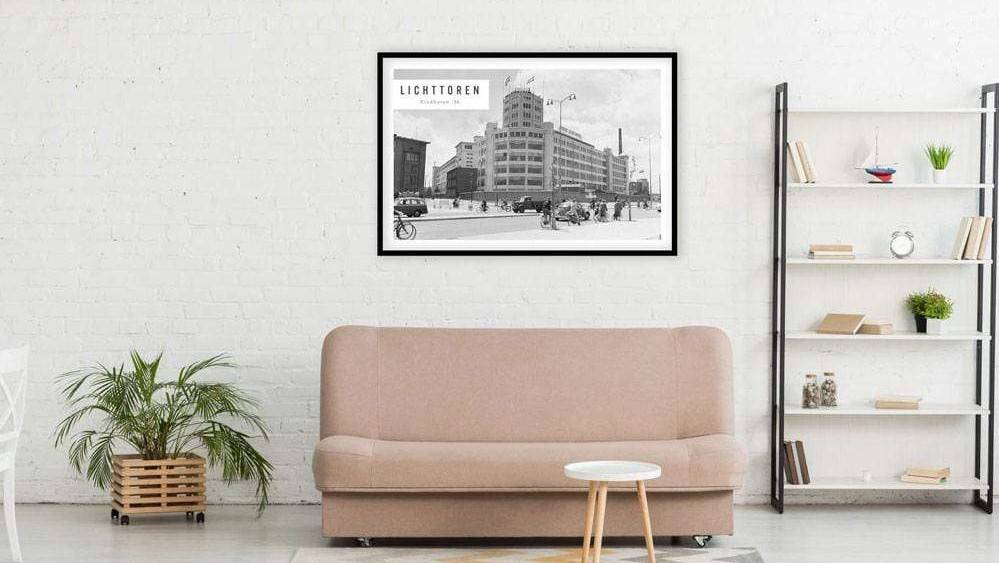 The city of Eindhoven
Do you have passion and a real predilection for Eindhoven? Then a painting of Eindhoven is really something for you! The City of Lights is a very popular city known for number of things. It is of course the city where Philips started the production of its light bulbs, the Brainport is located and where the longest pub street in the Netherlands is located.

Want to know more?
Would you like some more information about the prints you are going to buy? We tell you everything about Eindhoven and its beautiful sightseeing! All wall decorations from the Eindhoven collection will be discussed. Read on quick!
View all prints

Looking for a beautiful Eindhoven poster? At Walljar you shop the best quality canvas, posters and plexiglass wall decoration.

Sights on an Eindhoven poster

Were you born in Eindhoven, do you currently live there or will you live there in the future? Then you probably want to know more about the must-see sights in Eindhoven! In addition, do not hesitate and choose your favorite Eindhoven poster.

✓ Clock buildingRadios and TVs used to be produced in the clock building, but mainly lamps. It was the main building of the company Philips, which was known for its lamp production. The clock building has been transformed into a building where performances are given, workspaces are rented out, training courses are organized and innovative developments take place.

It is a large imposing building at first sight. With her large luminescent clock with the name of her founder (Philips) engraved on it. It has been partly renovated, but its authentic appearance has always been preserved. If you want art from this building, take action now and order a poster or painting here !

For the real PSV supporters among us. There is also a PSV museum in the stadium that you can visit. All the football club's awards and history are displayed here. In addition to football being played in the stadium, events are also regularly held. Guus Meeuwis, for example, allowed an influx of thousands of people from all over the Netherlands to come here for years when he gave a performance.
The Philips stadium is simply the painting of Eindhoven you must have if you are a PSV supporter!

✓ Saint Catherine's ChurchThe Sint-Catharinakerk is the 73 meter high church that is located in the center of Eindhoven. It is named after Catherine of Alexandria. The church was built in 1340 and is therefore centuries old. The church has been through many blows over the years. For example, the church was set on fire in 1486 and was badly damaged during the bombings in WW2.
The church was handed over to the municipality of Eindhoven in the 80s. Shortly after this, the church received the major restoration it needed. Today, like all other churches, the church is used by believers to express their faith here. In addition, the church is used as one of the sights during the GLOW event (light show in Eindhoven).
Do you think this is a beautiful church? Order the print now here ! 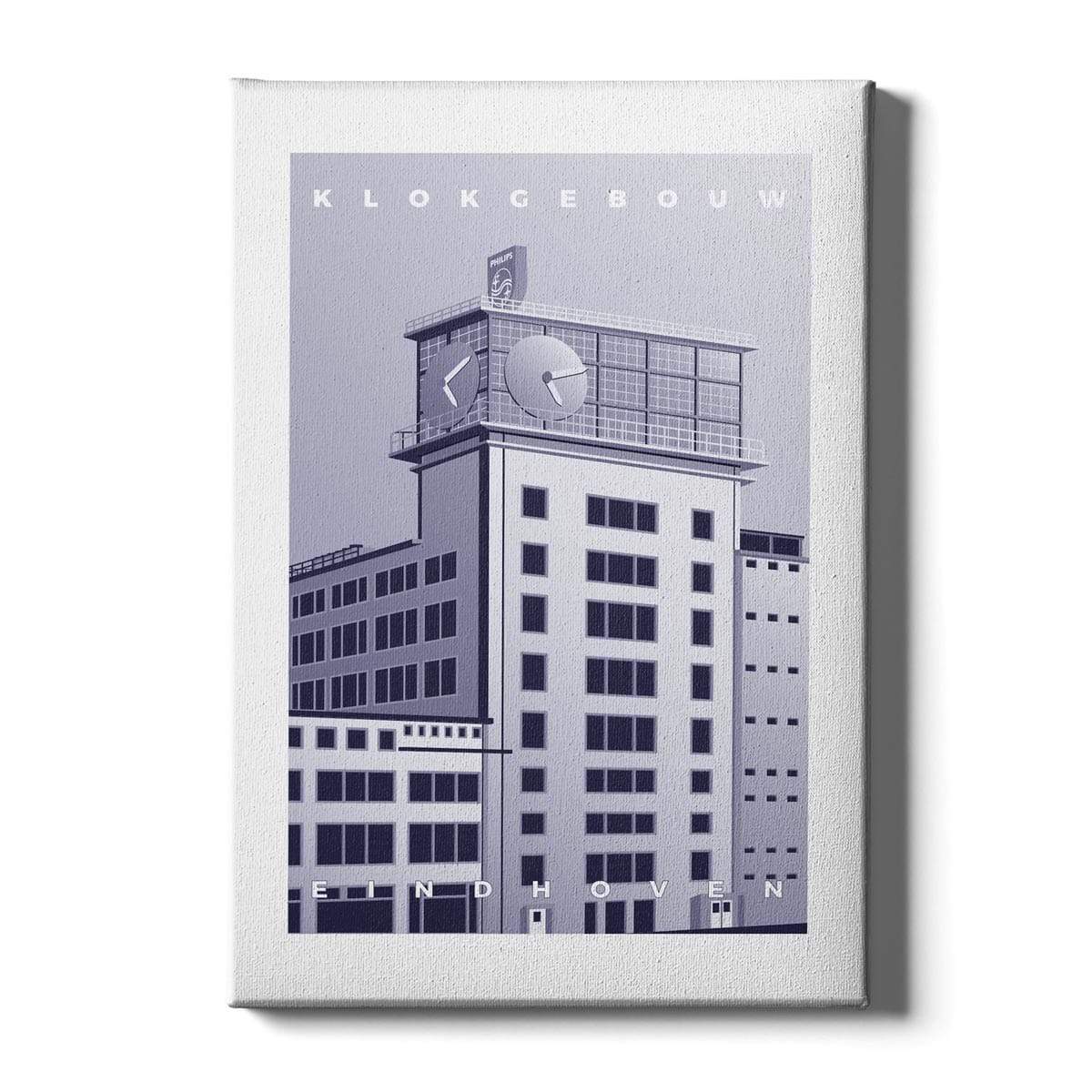 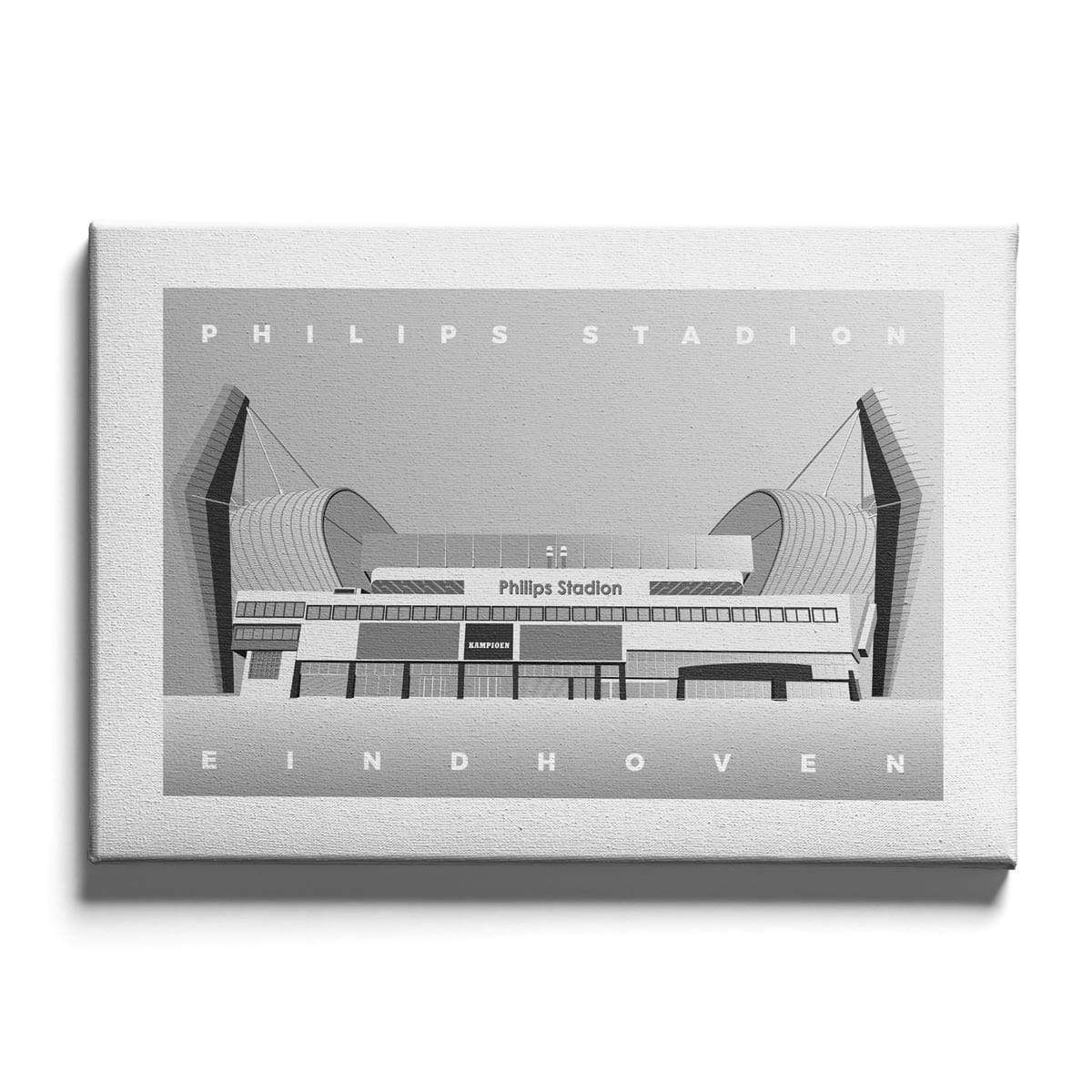 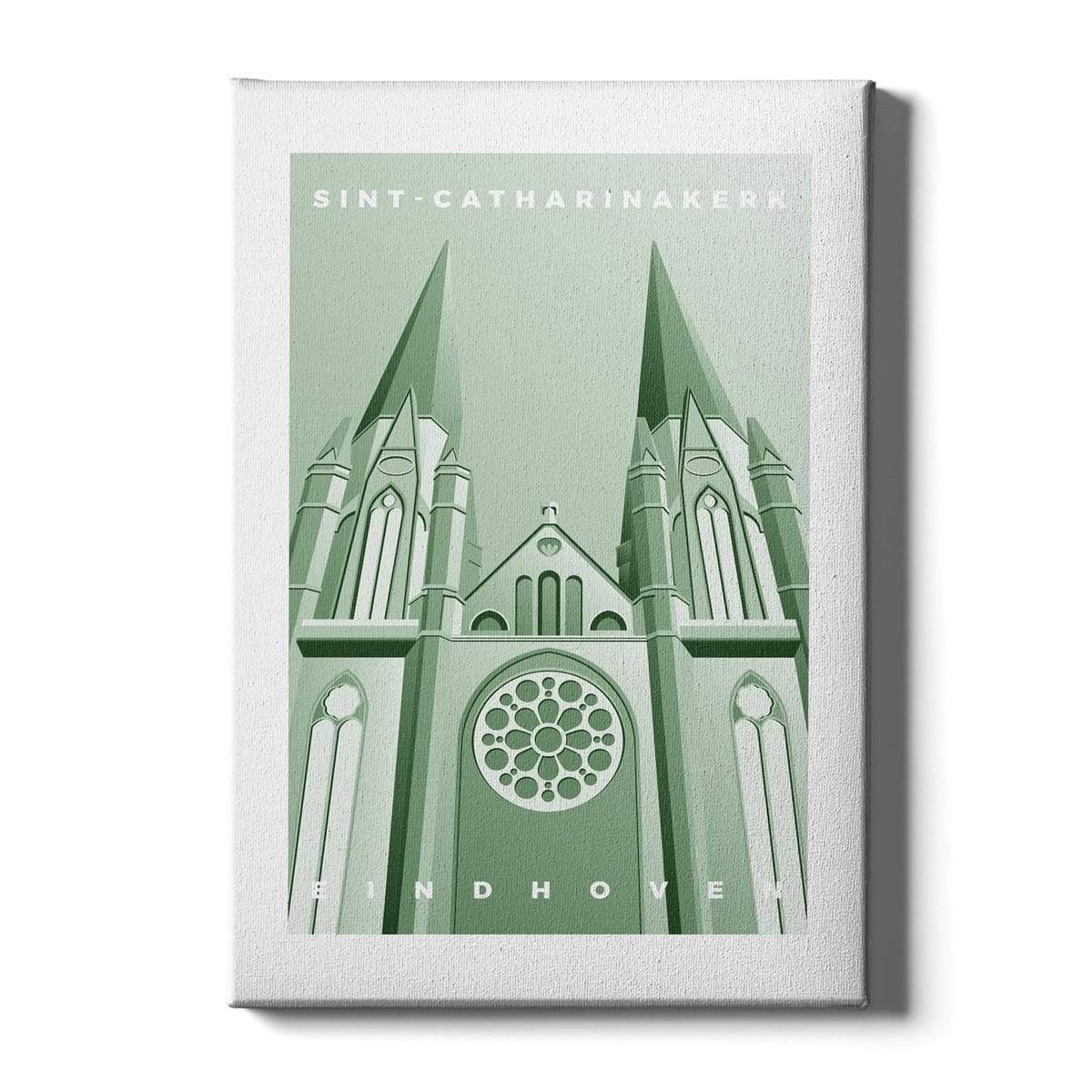 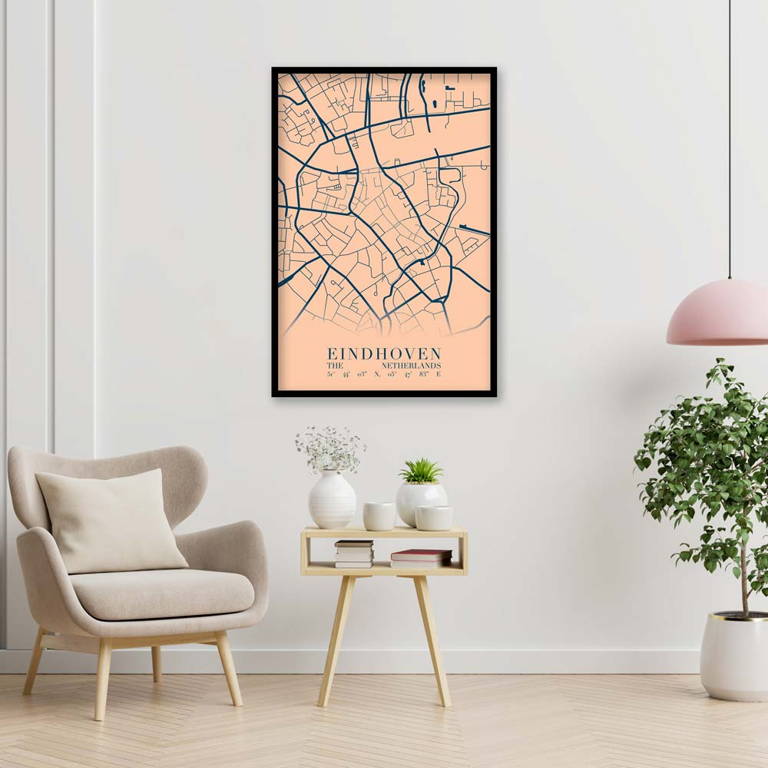 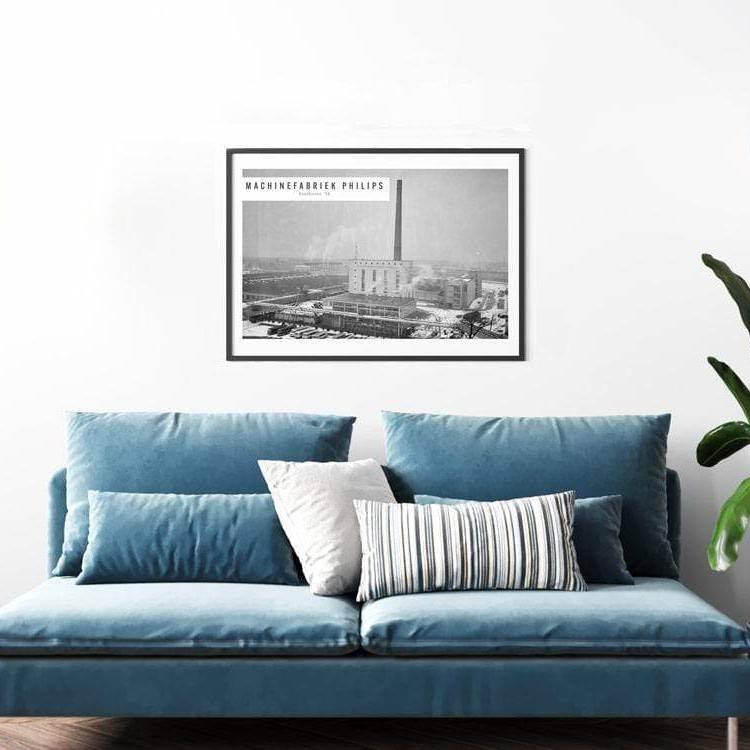 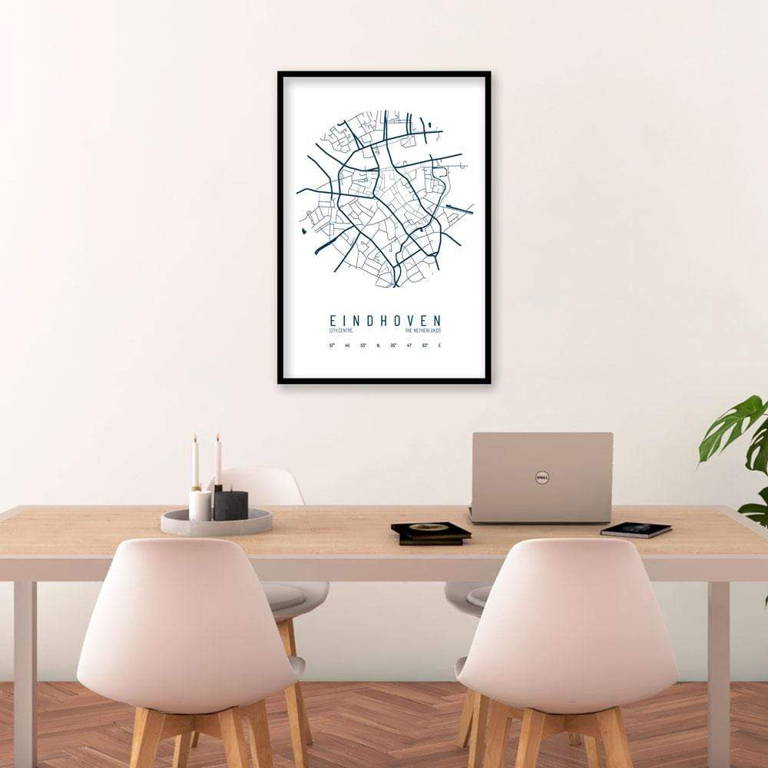 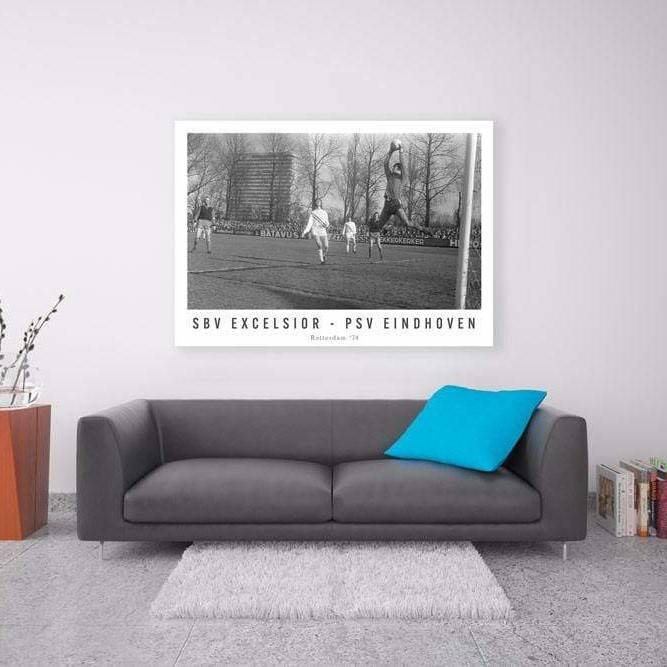 Do you know the city of Eindhoven like no other? Then a city map is really something for you! Buy wall art from the city map of your beautiful city.

✓ City Map Eindhoven Center II An example of our city maps is ''City map Eindhoven Center II''. You can order this city map in a dark or light color. In addition, as with all our other wall decorations, you can choose from the 3 materials; poster, canvas and plexiglass.
The image shows all routes of the city of Eindhoven, in addition you see the name of the city and in which country the city is located. For people who like geography, it also states how many inhabitants the city has and what the coordinates of the city are.
Are you a real geographer and do you think this Eindhoven poster is fantastic? Then you can do this here to order!

✓ TU/e
Eindhoven is known as one of the smartest regions in the world. It is also called BrainPort Eindhoven. This is the innovative ecosystem of Southeast Brabant, but the smart people who work on these innovative developments in this BrainPort naturally have to come from somewhere.
This is where TU/e ​​comes into play. The gigantic campus is 121 hectares in size and there are no fewer than 742 housing options available for expats and other students. Here the talented students are trained to be the potential geniuses that they are. They can then participate in the BrainPort.

The campus is a small village in itself that you really have to visit once. Who knows, you might even learn something during your visit!
In our vintage cities collection you will find a cool print of the construction of the campus. Discover the print here !

The skyscrapers of Eindje

The Lichttoren, the Admirant, the Vesteda Toren and the Regent all have one thing in common. That is, they are all four very large imposing buildings in the center of Eindhoven. They are all large apartment complexes with their own story. Do you think one or more of these buildings is beautiful? Order these in our Eindhoven collection!

2. The Light TowerThe Light Tower is special because it was first used as a factory and later replaced by apartments. In addition, you have a beautiful view over the Eindhoven city if you live here.

3. The RegentThe Regent is unique for its height. The building is no less than 96 meters high. But not only that, it was also the first really high building in Eindhoven. De Regent broke the Eindhoven record for tallest building. And not with small numbers, no with up to 30 meters higher than the Philips building!

4. The AdmiralThe Admirant was completed in 2006 in the ''Around the Admirant'' project which was completed until 2010. The project added a new shopping street, a multiplex cinema and other futuristic buildings to the city center. If you stand on the roof of the building you have a beautiful view over the whole of Eindhoven. So this is definitely a must to visit once!