Decorate your walls now with cool paintings of Nijmegen!

With our paintings in the Nijmegen collection you bring a piece of Nijmegen into your home. Discover the football collection with prints from NEC and Blauw Wit, the famous bridges and buildings of the city and the city maps of Nijmegen. Read on to see if there is something for you! 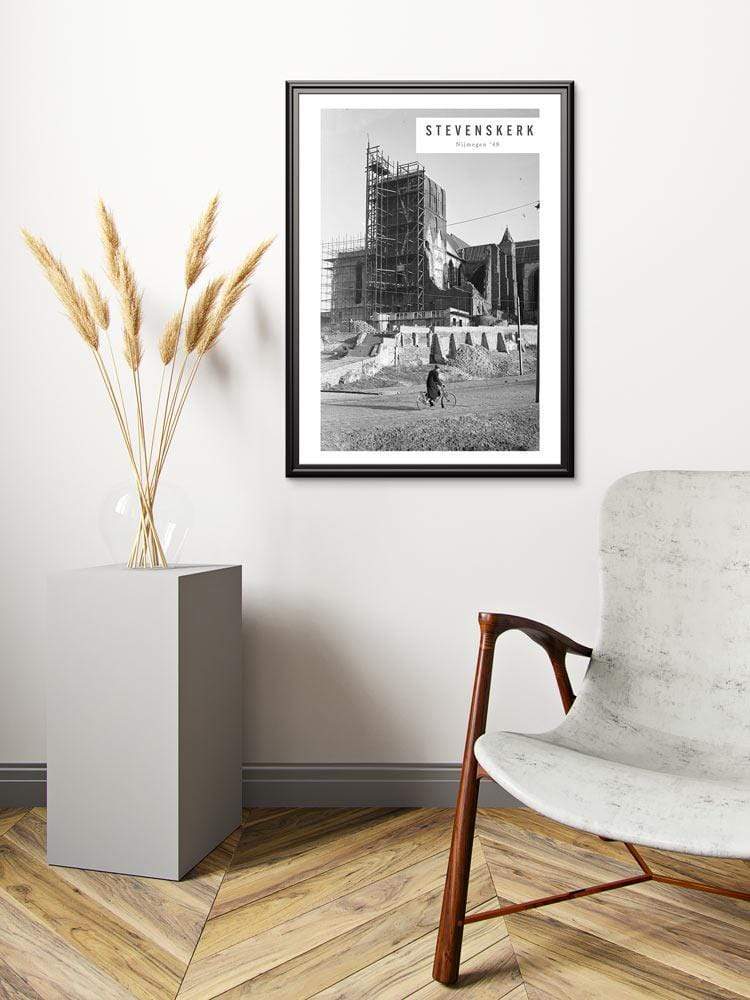 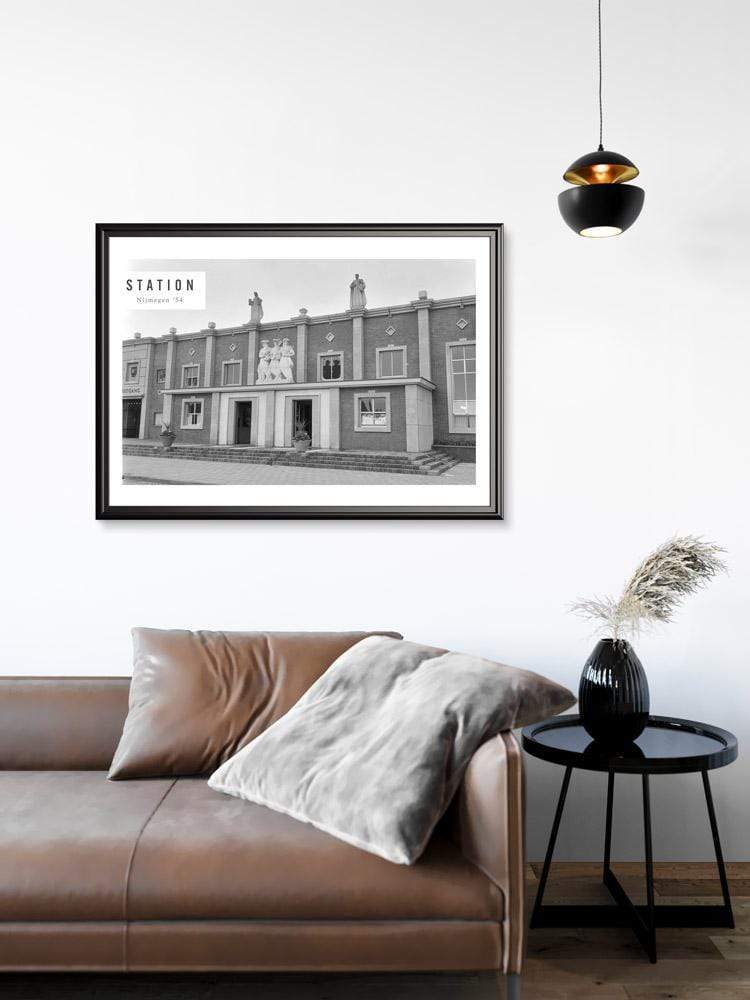 Our collection: paintings from Nijmegen

Browse through our Nijmegen collection and find prints of the most beautiful things Nijmegen has to offer. From historic football prints to the beautiful bridges. In addition, we also have printed city maps of the center of Nijmegen and the most modern buildings. Are you a real Nijmegen resident? Discover our collections now. 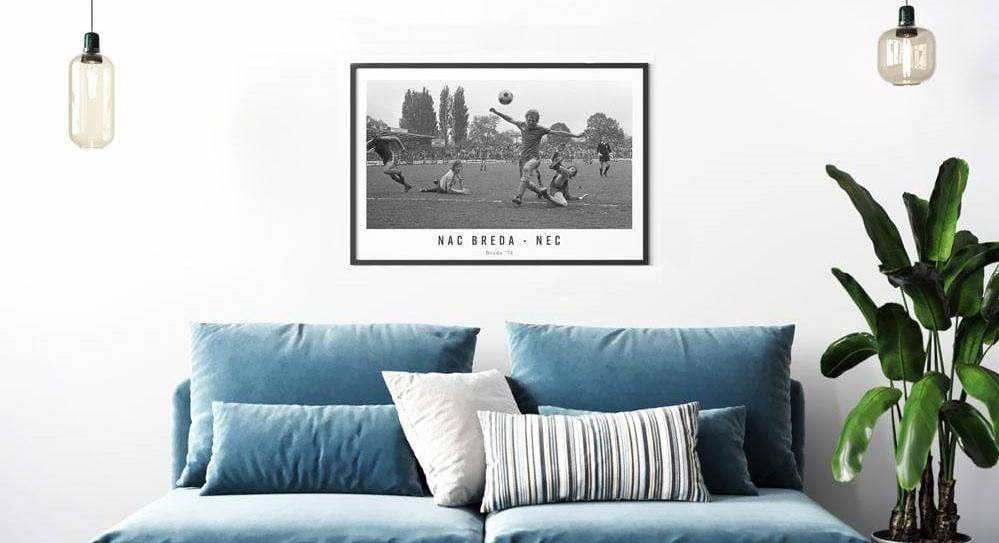 Havana on the Waal
Nijmegen is known as the Havanna on the Waal. This fortified city is the oldest city in the Netherlands. When you go for a walk through Nijmegen, you will pass the most beautiful historic buildings, ancient squares and the long Hezelstraat: the oldest shopping street in the Netherlands.
Nijmegen is also home to some famous Dutch people such as Runner Susan Krumins, journalist Sinan Can and comedian Pieter Derks. Do you also want a piece of Nijmegen on your wall? Then take a look at our collection of Nijmegen paintings.
View all prints

Looking for beautiful paintings of Nijmegen? At Walljar you shop the best quality canvas, posters and plexiglass wall decoration.

The Nijmegen of today

Nijmegen is a city with beautiful architecture. For example, think of the Stevenskerk, the Powder Tower and the Waal Bridge. All icons of Nijmegen that every Nijmegen resident is proud of. Now hang these icons on your wall and enjoy the most beautiful buildings!
Powder tower
Every Nijmegen resident knows the Powder Tower. Built in 1425, this tower is 30 meters high and is a remnant of the old ramparts of Nijmegen that had to protect the city in time of emergency. The tower is located in the Kronenburgerpark. Order the print of the Powder Tower now!
The Waal BridgeThe Waal Bridge is a beautiful piece of architecture in Nijmegen. Opened in 1936, this bridge has a 244-metre-long arch bridge over the Waal. The bridge is a total of 604 meters long.
The bridge was blown up in 1940 to stop a rapid advance of the Germans. The bridge was restored in 1943 and could then be used again. During the Battle of Nijmegen in September 1944, the bridge was captured almost undamaged by the Allies. This had a crucial role in the further liberation of the Netherlands. Are you crazy about the Waalburg or its history? Then order this print here !
Take a quick look at our city collection and get your favorite Nijmegen painting at home. 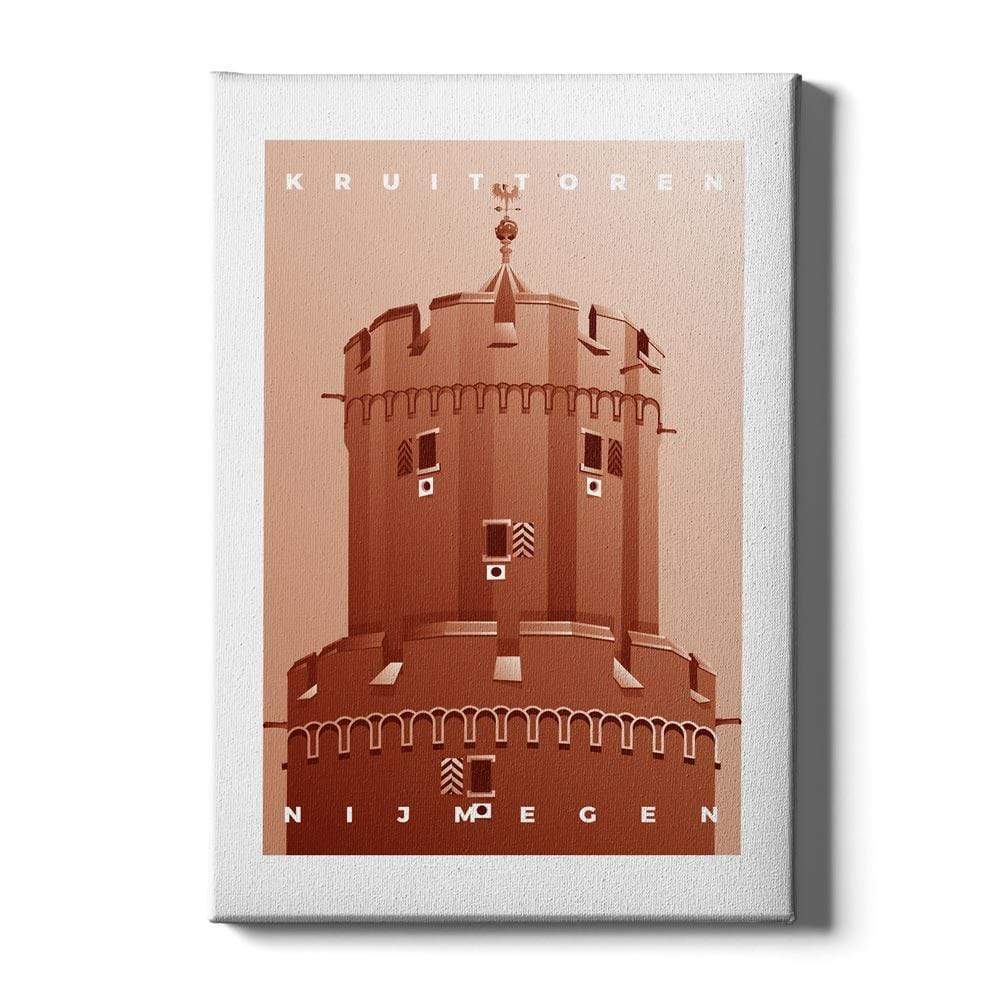 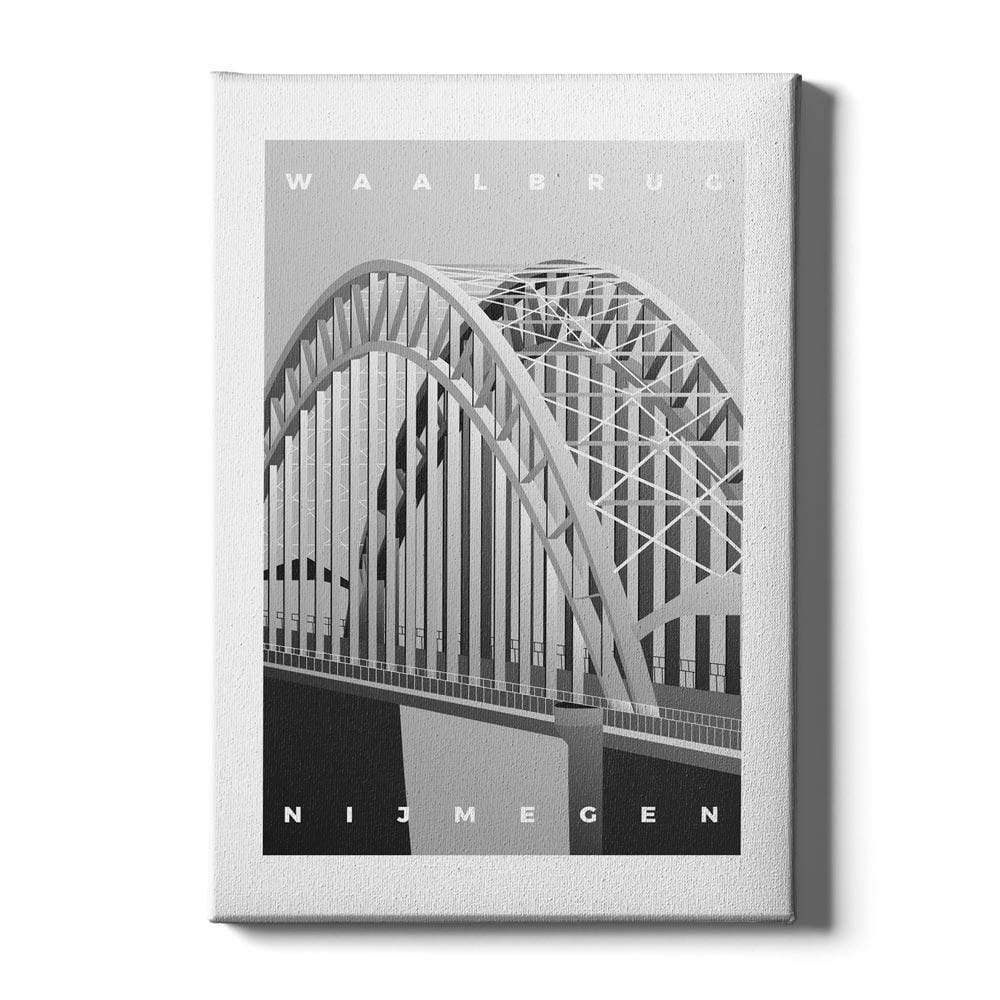 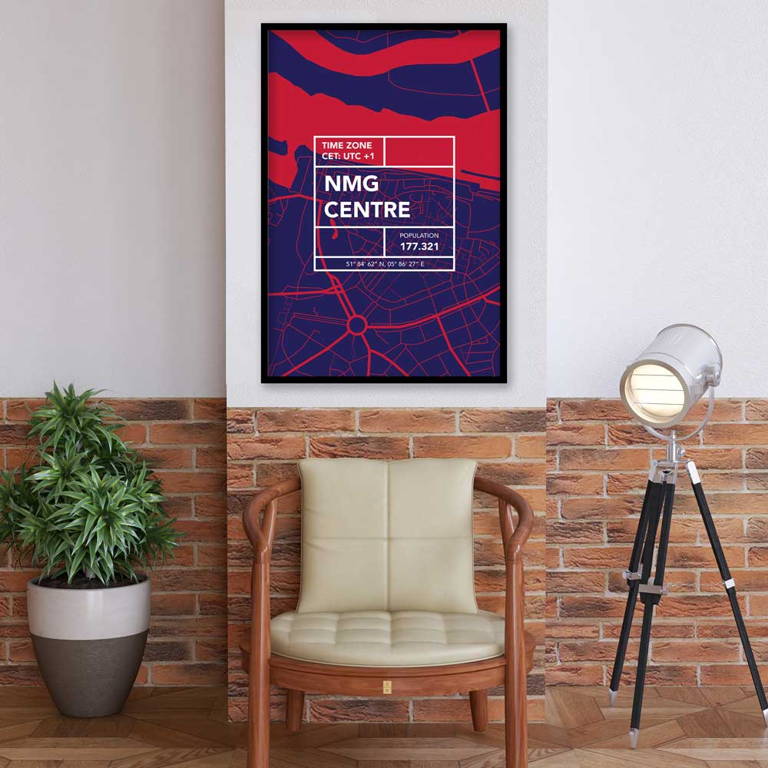 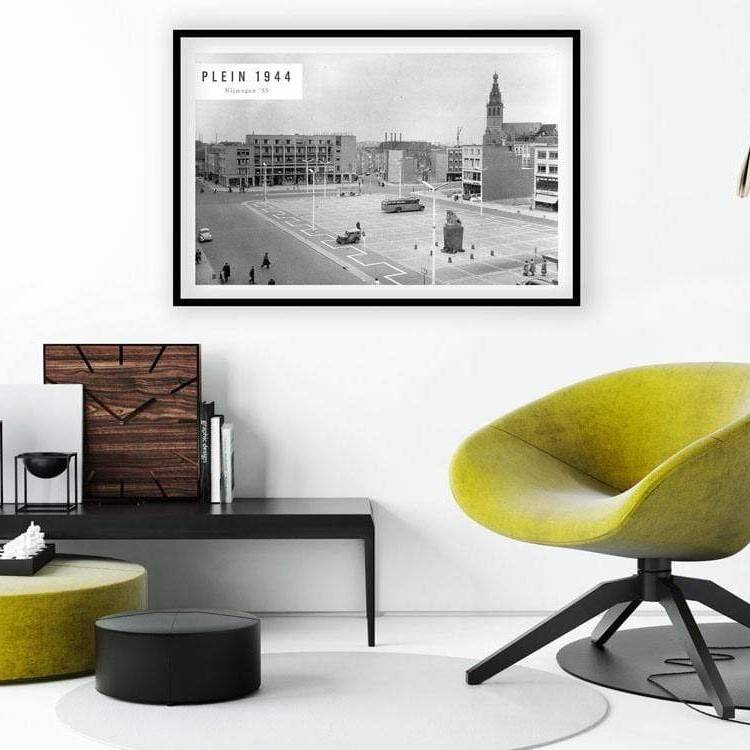 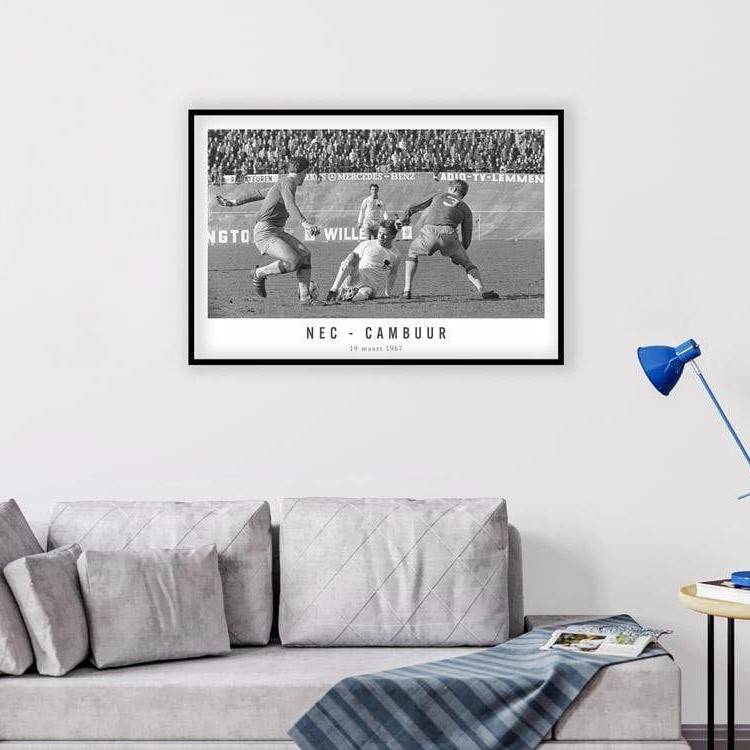 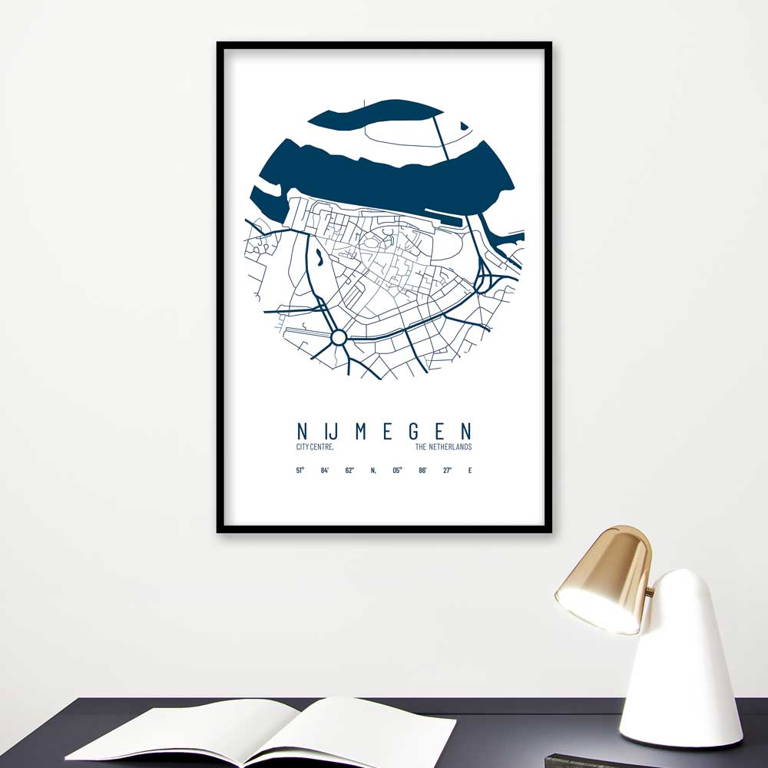 Walljar has the best vintage paintings from Nijmegen from the 30s, 40s and 50s in her collection. Here you will find the most recognizable places in the city. Paintings of, for example, the Monastery complex, the City Hall and the Waal Bridge.
Get a piece of vintage Nijmegen now with our vintage paintings. Let people enjoy your love for Nijmegen!

Nijmegen has its own professional football association. NEC Since the promotion in 1967, the club has dangled a bit between Ere- and Eerste division. In recent years they have been promoted five times but unfortunately they have also been relegated six times, the last time being in 2017.
In the history of the club, there are five players who have made it to the Dutch national team on behalf of NEC. These are Jan Peters, Theo de Jong, Wim Lakenberg, Pauke Meijers and most recently Romano Denneboom in 2004.
Are you interested in football posters from NEC or Blauw Wit? Then take a quick look at our football collection and get your favorite print now!