Typographic posters are modern wall decorations with letters, words or quotes. You can decorate your interior in an original and unique way! Walljar has released a collection of minimalist posters in a typographical way.

If you also like to philosophize a bit then this is really a collection for you… Curious? Read on soon! 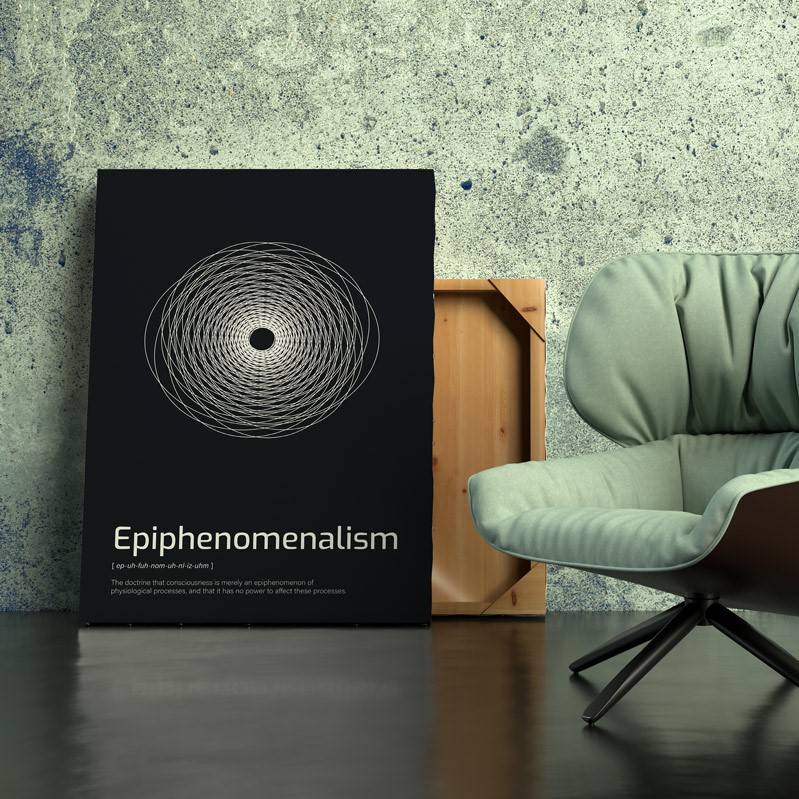 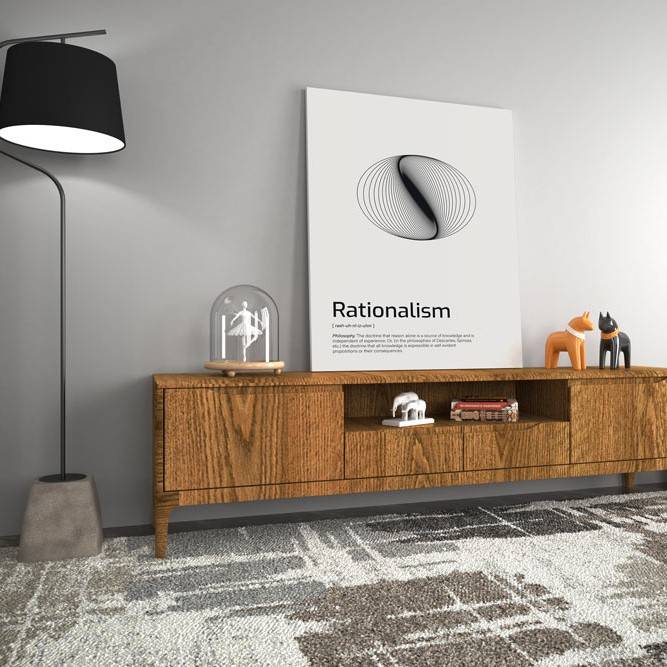 In our dictionary collection you will find typographical posters in dictionary style. On each print you will find a term from philosophy with a minimalist design. Is philosophy something that interests you? Perhaps there are terms that fit you very well that you have never actually realized before! Read on for a short tour of the world of philosophy, or shop the collection right away! 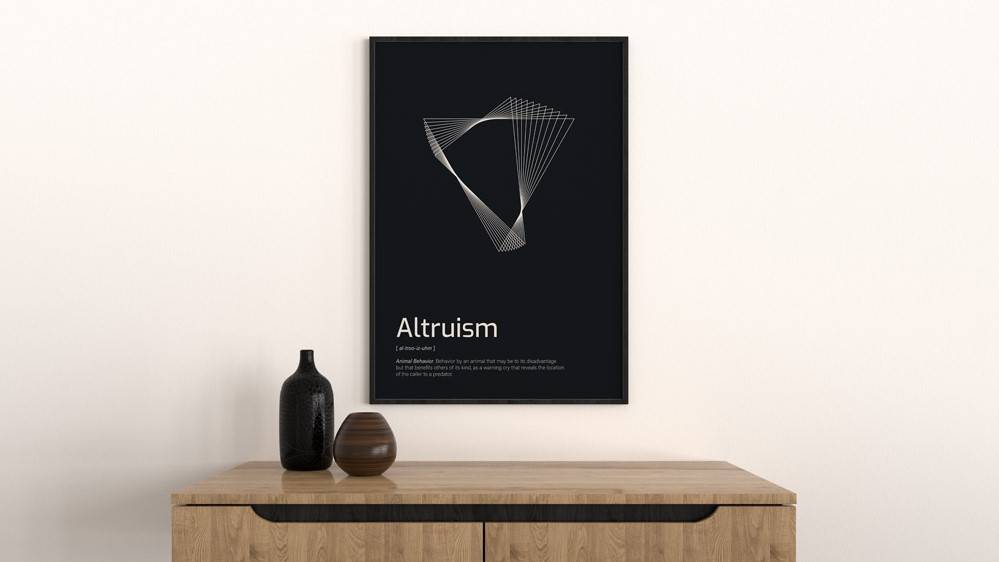 HumanismHumanism emphasizes the importance of human values ​​and dignity. Humanists believe that people can solve problems by using science. Rather than looking to religious traditions, humanism focuses on helping people live well, achieve personal growth, and make the world a better place.

Can you identify with humanism? Perhaps the typographic poster humanism within the dictionary collection something for you!
mysticismThe word mystic comes from the Greek word mystes. It means the pursuit or achievement of personal communion with or connection with God (or some other form of divine or ultimate truth). One who successfully pursues and obtains such a community can be called a mystic.
Mysticism concerns the passionate pursuit of a personal union of the soul with God. Is mysticism also so important to you and can you agree with this? Then a typographic poster with mysticism what for you!

EclecticismEclecticism stands for combining different characteristics of art movements or architectural styles into a whole. This goes back to classical antiquity where Greek, Roman and Eastern cultures fused together. Nowadays it is a trend that is applied in various places. For example in the interior: it's great to see how different, old styles are put together!

Do you also find eclectism interesting and something that really suits you? Then a typographic poster with the word eclecticism maybe your thing! 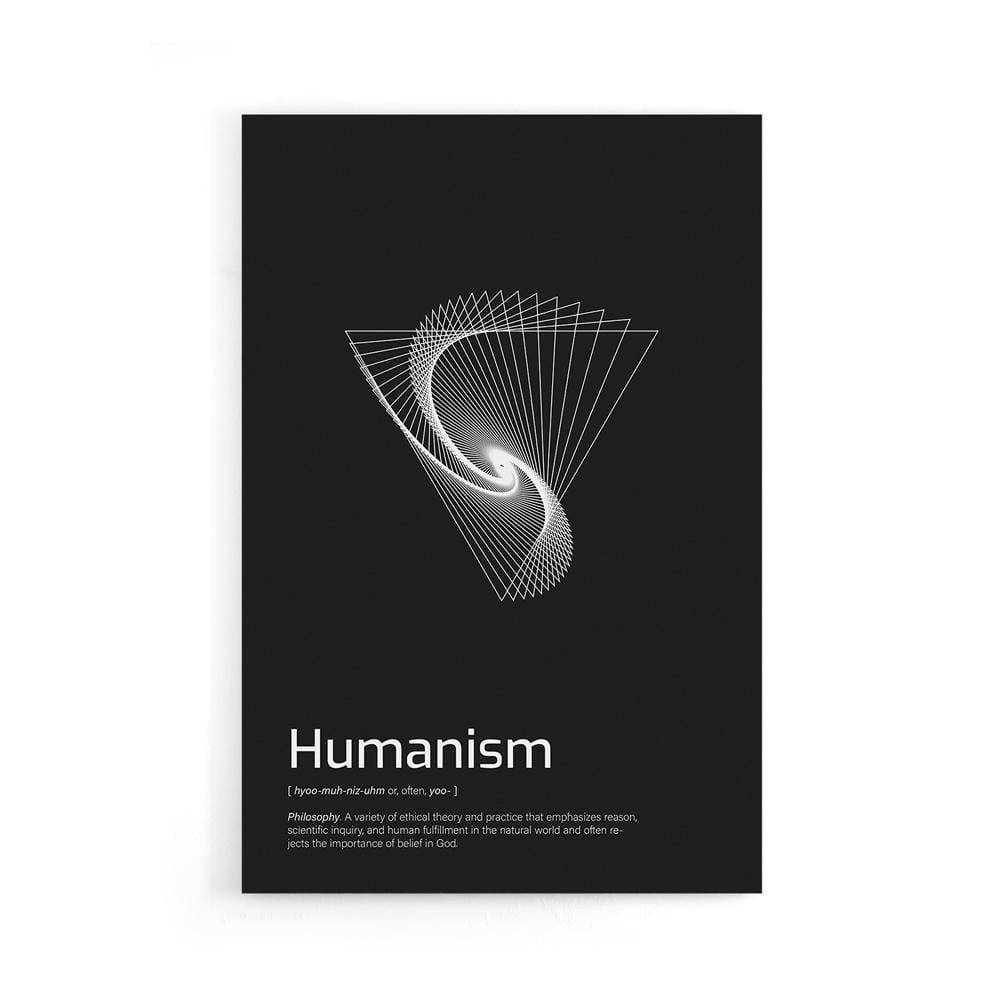 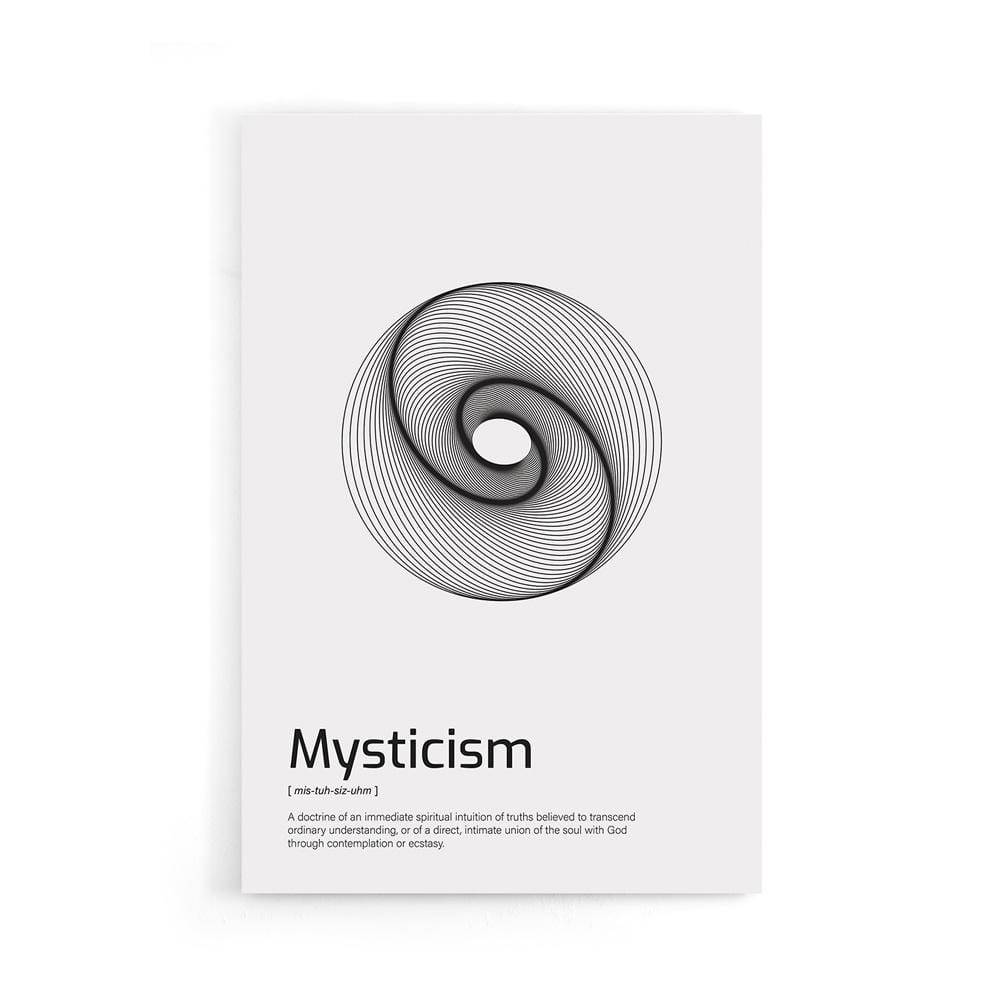 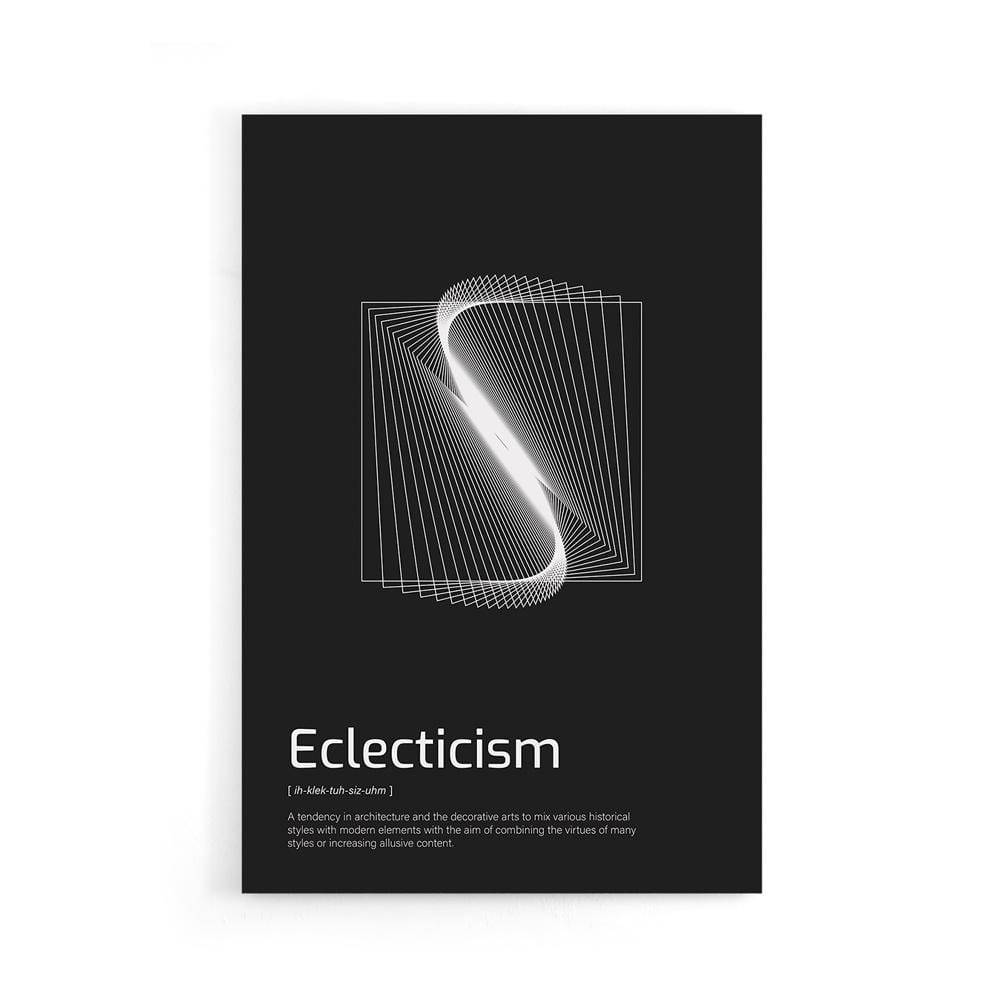 When people come into contact with each other, they are influenced by each other. People take a lot from each other. This also happens with cultures and religions! Inventions, stories and customs are consciously or unconsciously adopted from each other and merge. This is also known as syncretism!
The concept of syncretism was first used by the Greek historian and philosopher Plutarch around 46-120 AD. Syncretism can represent religions that grow together or are combined, but political systems and ideologies can also be syncretic.
Shop here a typographic poster with syncretism!

Do you often put the feelings and interests of others first? Do you want the best for someone else and are you really a giver? Then the term altruism suits you.
Altruism stands for acting out of concern for the welfare of another. This may be because you expect recognition or a reward in return, but even without this a person feels happy and comfortable after helping another. This is also known as the 'helpers high'! Not only humans are altruistic, there are also many animal species that ignore their personal needs and serve the larger group.
Human love, charity, selflessness; Are these terms that describe you well? Perhaps a typographic poster with altruistic or the perfect wall decoration for you! 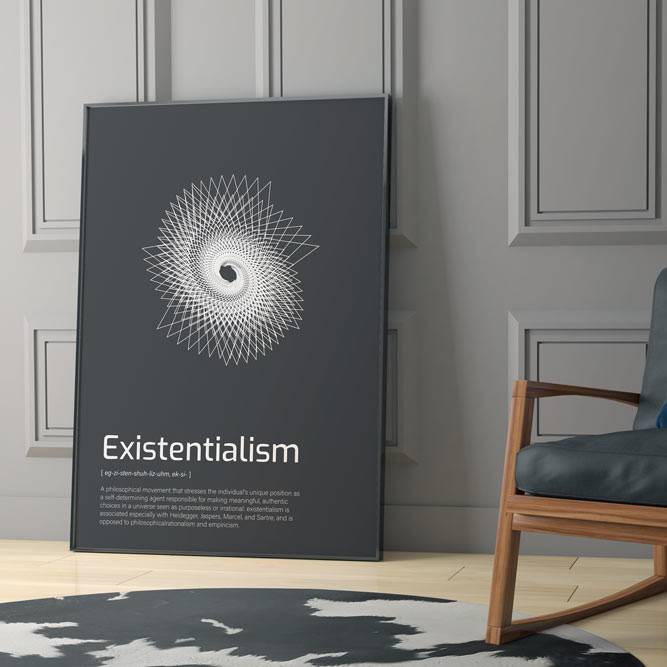 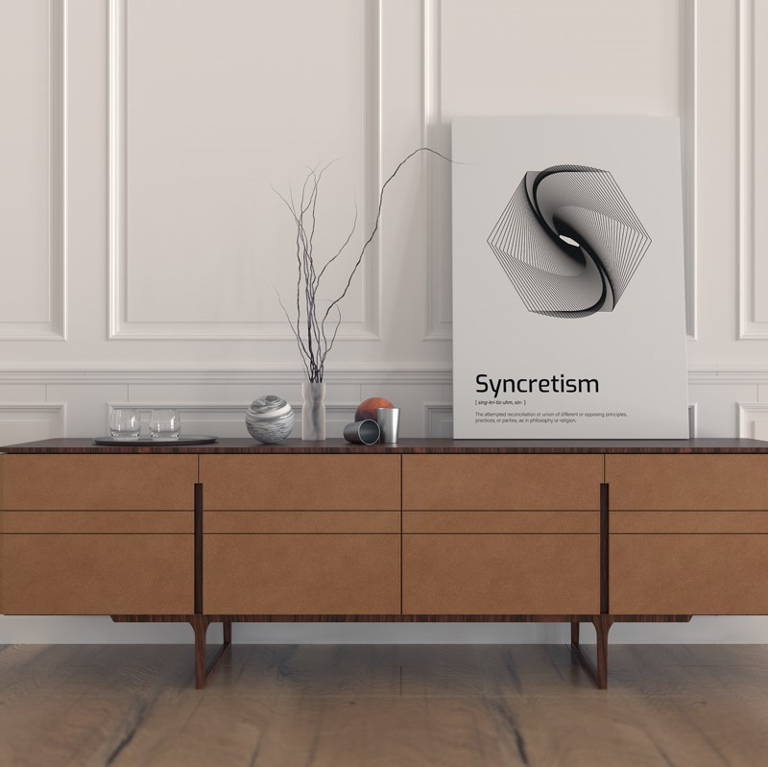 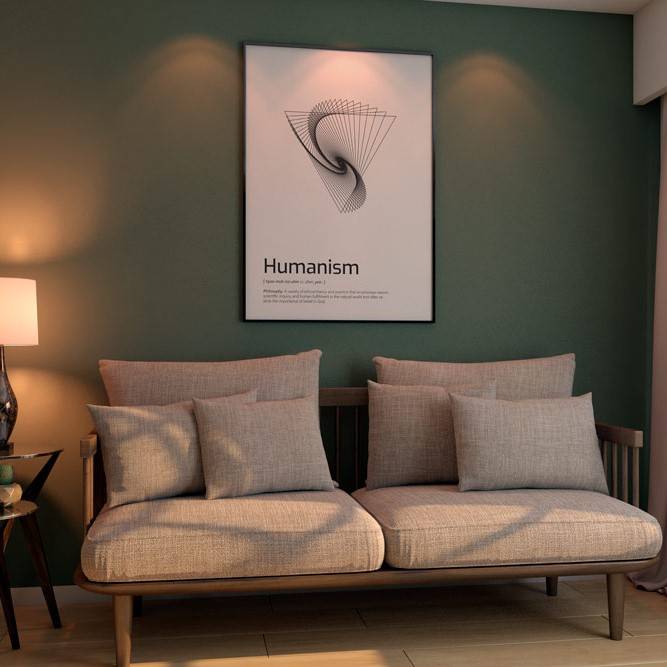 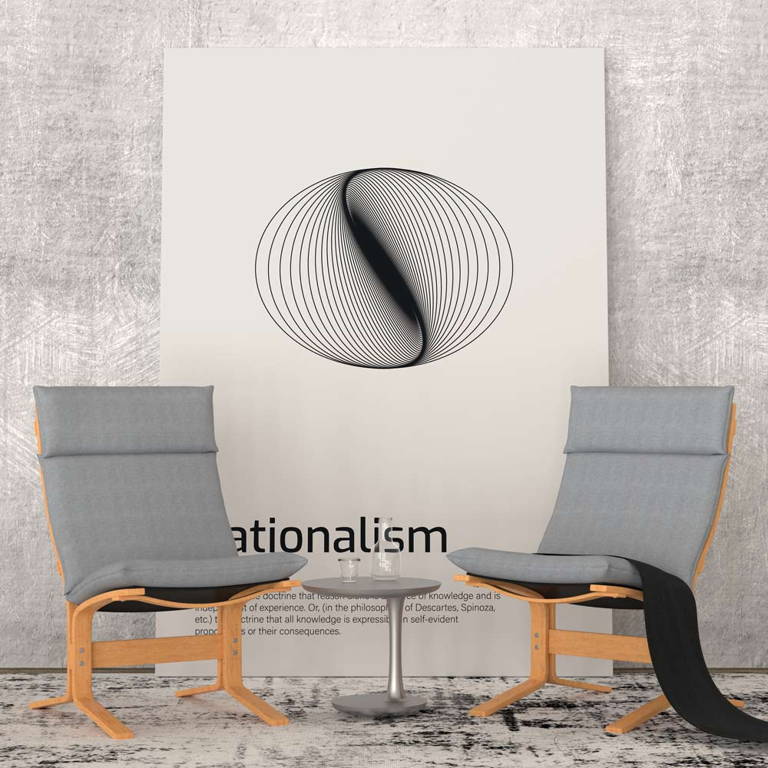 Being happy, feeling good about yourself and having a healthy relationship with the people around you is the foundation of personal development and positive psychology. This bundle of goodness has a name: eudemonism! You can think of it as happiness with meaning, purpose and the potential to achieve something.
We have the perfect typographic poster for everyone who can relate to this lifestyle, eudemonism!

Suprematism was founded in Russia during World War I. The Suprematists were interested in pure abstraction and were looking for the 'zero degree' of painting, in other words a point from which you cannot escape without the work of art ceasing to be art. To get to this point, simple motifs were used that best articulate the shape and flat surface of the canvas.
The square, circle and cross were the most commonly used and texture became an important quality for the Suprematists to work with. For Suprematist artists, the visual phenomena of the objective world were meaningless in themselves; what was important instead was feeling.
Do you also think this is a special form of art? Then a typographic poster with suprematism what for you!